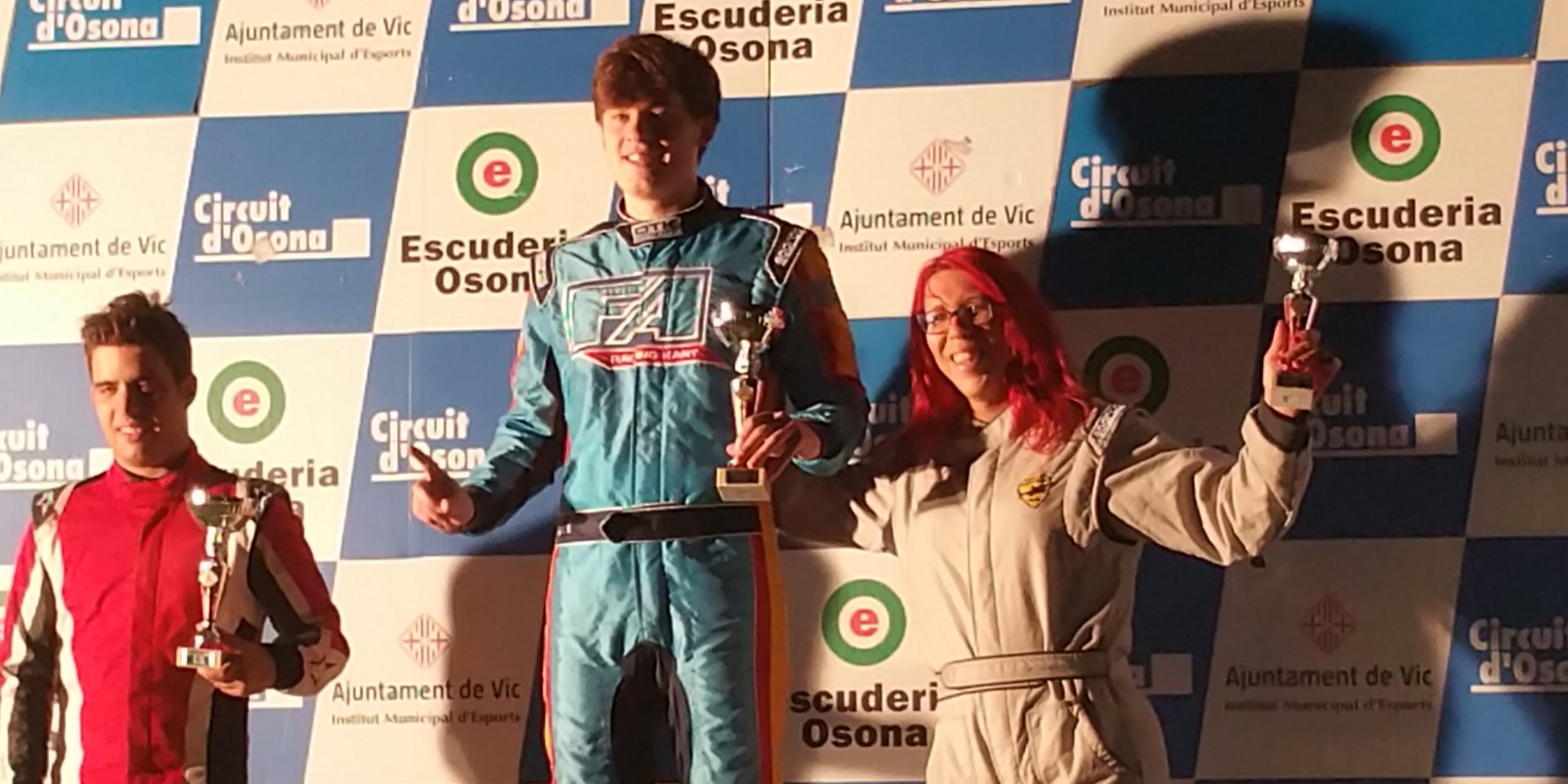 For this Spotlight feature Caitlin Penny interviewed transgender racing driver and activist Sabrina Sanchez however the article has been constructed and edited by co-founder Christopher Sharp.

‘I would like to tell a story of success in motorsport, but…’ Like that sentence, Sabrina Sanchez’s story is unfinished, in some ways unfulfilled but in many quite extraordinary. We recently sat down with her to discuss a diverse career that started on the streets of Mexico City and has reached the halls of the United Nations in Geneva.

It is important to stress before we start that at no point has Sabrina had any major financial help in her career. She is a truly heroic privateer, “I’ve been involved in racing since I was 19 as I didn’t have any backing from my family…I’ve had to self-finance [all] my efforts.” But with every story there is a beginning, so let’s start there, with how it started:

“My family is not a racing family but my mom was the General Director’s Assistant at an American spark plug company and my father was a salesman at a German spare parts company, so engine sounds were part of my early childhood. Also, until the age of six, I lived [near] the Hermanos Rodriguez Grand Prix circuit. Every time there was a motor race, I heard the F1 cars.”

Sanchez’s career in motorsport officially began in 2000 when she began working at the Kartódromo Internacional Izcalli in Mexico as a sales representative. During this time, she began to learn about the technical side of the karts including how to set them up. She was soon promoted to race director for rental races and earnt enough for an 80cc shifter kart to train on.

She started her transition at the end of the 2002 Hot Wheels Karting Masters Season starting a four-year break from racing. Why the break? Sanchez says that to be a transgender racing driver in Mexico in 2002 would have been “unliveable”.

Over the course of those four years she studied at the National University of Mexico (UNAM) with a degree in Communication Studies. In 2006, having graduated, she moved to Spain and started another, ‘struggle for survival as a transgender woman and migrant’. Sanchez’s story therefore is not just one of gender, but geographical transition, too.

From there Sanchez’s career was back on and began to flourish in her new home nation where, surprisingly, she says she faced no discrimination despite being transgender and the unemployment rate for transgender residents being 80%.

“I started on rental karts again at Indoor Karting Barcelona. At that time in 2010 Sodi Kart had come up with this championship, the Sodi World Series. In that first season I was 1st overall in the Women’s category, four years later I was 3rd overall in my circuit.”

“In 2012 I started studying to become a race mechanic. As part of the practical element of the course we were the crew for a Seat Leon MKI the school was entering in the Catalan Speed Championship in 2015. In 2016 I joined the RC2 Junior Team taking responsibility for their new driver, Alex Font. That year we started to compete in the local championship at Kartodrom Barcelona Catalunya where we finished 5th, not bad for rookies.”

Having discussed her motorsport career we moved back to Mexico City and asked her what she thought about the situation in Mexico in general, a nation that has one the best LGBTQ+ rights records in South America. At the mention of this fact Sanchez was rather cautious:

“We have to be careful about this. It is true that in some Mexican States progressive laws, like equal marriage, legal identity recognition and the right to a regulated abortion have been approved.

But this isn’t the whole country; we still have plenty of places where trans or homophobic violence is rife. Unemployment discrimination for trans people is as bad as everywhere else and we face fierce backlash in other states.

Still work to be done then though she does add that, “Mexican activists have had great achievements…and people like me have benefitted [from] their struggle [because] when I began my transition there weren’t any of the laws that exist right now and it was hard.”

As we mentioned at the start of this article Sabrina’s career has taken her from the streets of Mexico City to the halls of the United Nations, it is this latter point that Sabrina says is her proudest career moment,

“I was giving voice to my fellow trans sisters that are in vulnerable situations without any rights recognition for the work they do.”

On the subject of careers, we ask her what the future holds for her own, about this she has to say the following:

“Life has taken me along a path that means I won’t be involved in racing again but I’m open to returning with sponsorship. What I would love to see and participate in is the creation of the first NASCAR team run 100% by Women (including LBTQ). The fact that there is no gender division in motorsports should be taken as an advantage to motivate women in general.”

What Sanchez is proposing as regards NASCAR may sound impossible on the surface but given the challenges that she has faced throughout her career and given that she has overcome all of them we have no doubt that she will be successful. It has been with great pride that she has allowed us to tell her story.