Racing Pride is an innovative movement to positively promote LGBTQ+ inclusivity within the motorsport industry and among its technological and commercial partners. Racing Pride has been developed alongside Stonewall UK and launched on 6th June 2019 as part of Pride month. Prior to Racing Pride there has been no concerted effort to raise visibility for LGBTQ+ participants within motorsport, whether they be drivers, mechanics, engineers, or those in race support, official, or associated media roles. Through a network of Driver Ambassadors, commercial partners, and supporters from across the motorsport and automotive industries (drawing on allies as much as the LGBTQ+ community itself), Racing Pride intends to change this.

The Launch of Racing Pride on Thursday 6th June, announced via the Autosport and Sky Sports websites, was met with an overwhelmingly positive reaction. On the first day, Racing Pride’s social media channels gained over 650 followers, the Racing Pride website received a thousand hits, and supportive follow-up pieces were produced by a number of news and opinion sites, including jalopnik.com, f1sweetheart.com, F1StatBlog, Motorsport Fans, and meanshappy.com. Despite some overtly homophobic reaction in certain corners of social media, the clear message from the majority of the motorsport community in response to the launch has been that an initiative such as this is long overdue and Racing Pride has been embraced with enthusiasm. At the time of writing, Racing Pride now has well over 900 followers across social media. 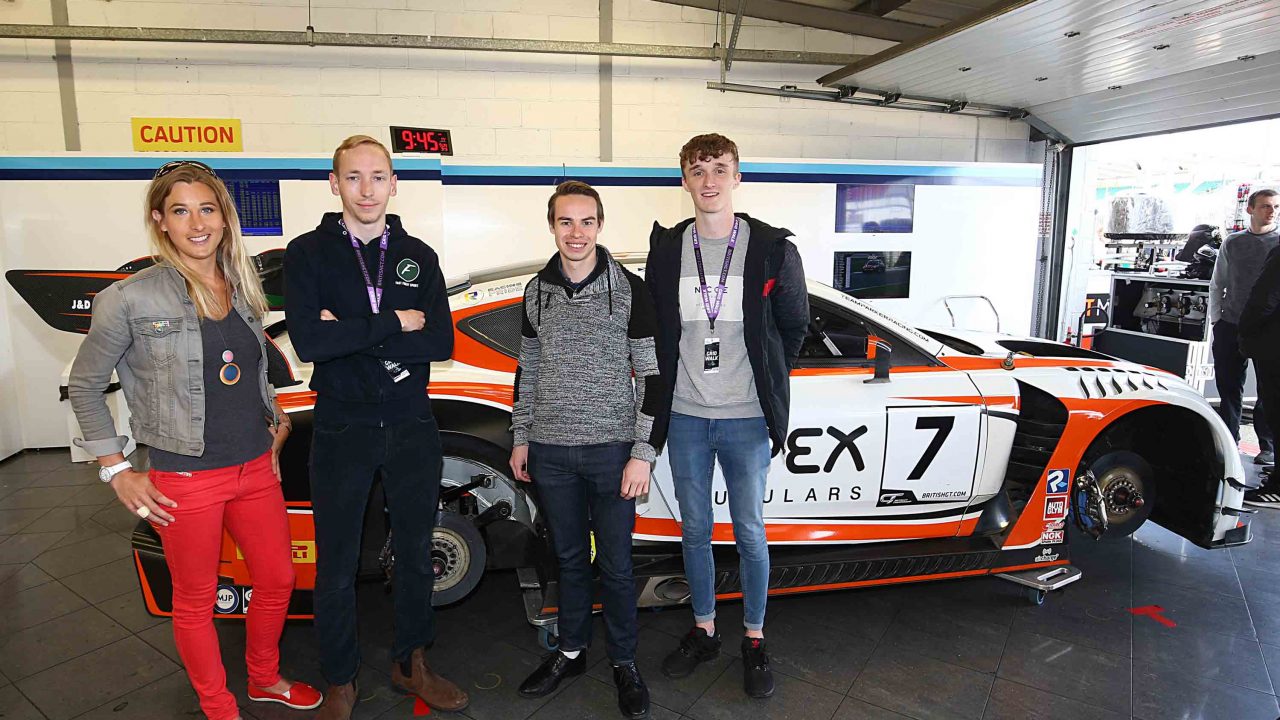 The launch day was followed by Driver Ambassador Sarah Moore competing in the W Series event held at Misano, Italy, on Friday 7th and Saturday 8th June. Sarah completed the race in a points-paying position, finishing in 9th place, and is now sitting 6th in the W Series Championship. While at the event, Sarah posed holding the rainbow flag alongside W Series Communication Director and Racing Pride Core Team Member Matt Bishop.

The culmination of the weekend was Team Parker Racing, Industry Partners of Racing Pride, hosting Richard Morris (Co-Founder and Driver Ambassador), Christopher Sharp (Co-Founder), Charlie Martin (Driver Ambassador), and Nick Reeve (Driver Ambassador) at the British GT Silverstone 500 event. Team Parker’s Bentley GT3 car displayed the Racing Pride logo throughout the weekend. Before the race, as the cars were assembled on the grid, Charlie Martin and Christopher Sharp were interviewed in front of the Team Parker Bentley as part of British GT’s TV coverage of the event. In their interviews, Charlie and Christopher stressed the importance of visibility for promoting inclusivity in life as well as in sport and emphasised that Racing Pride presents a positive opportunity for motorsport, together with its fans and its commercial and industrial partners, to assert its desire to create a welcoming and inspiring environment for all. 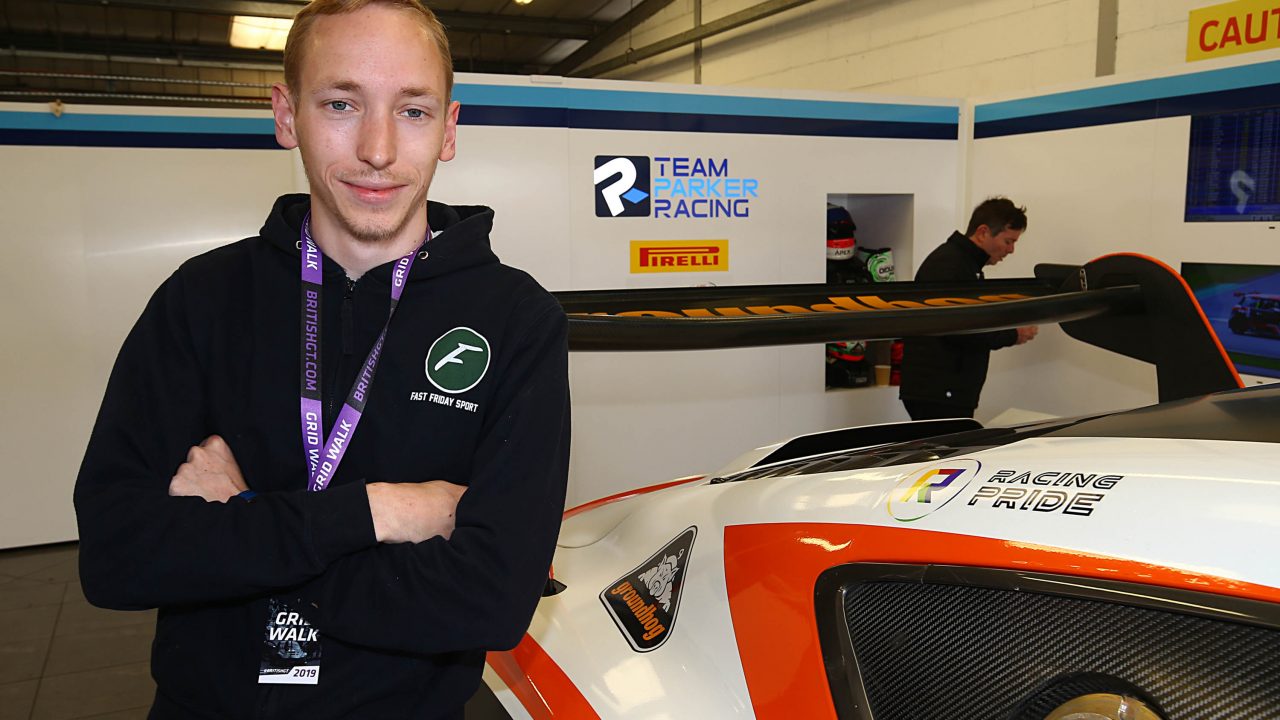 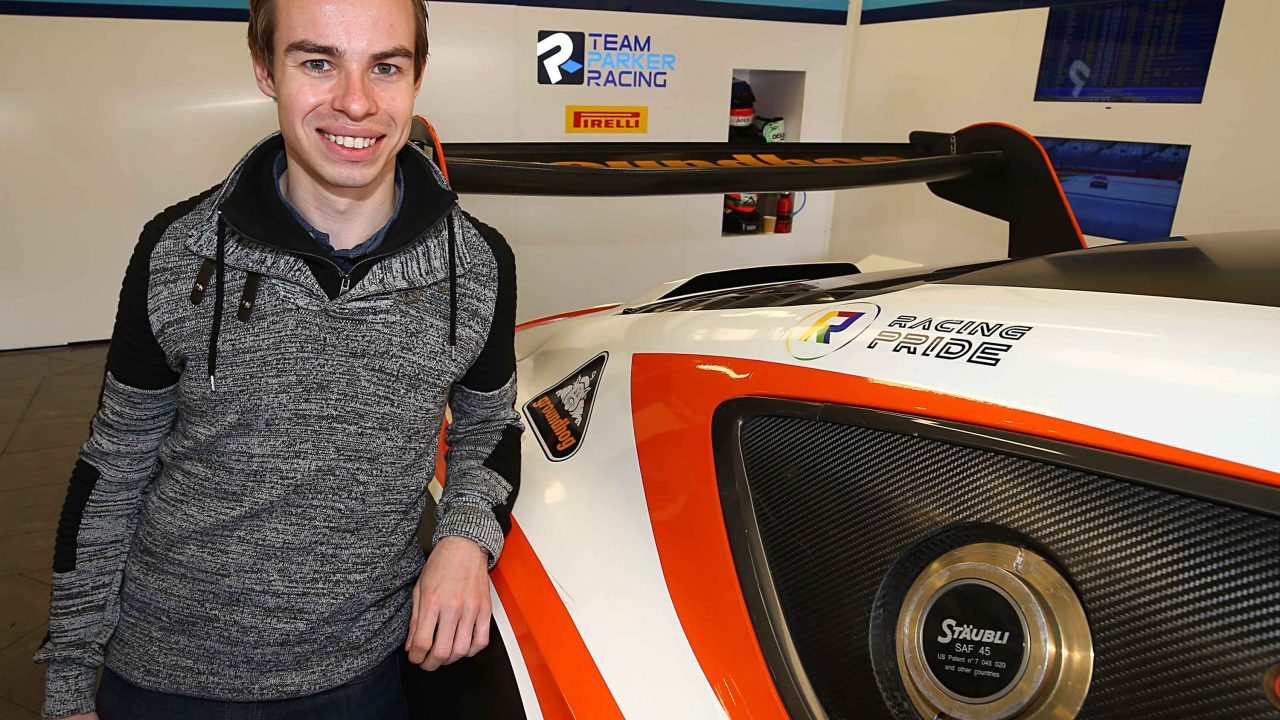 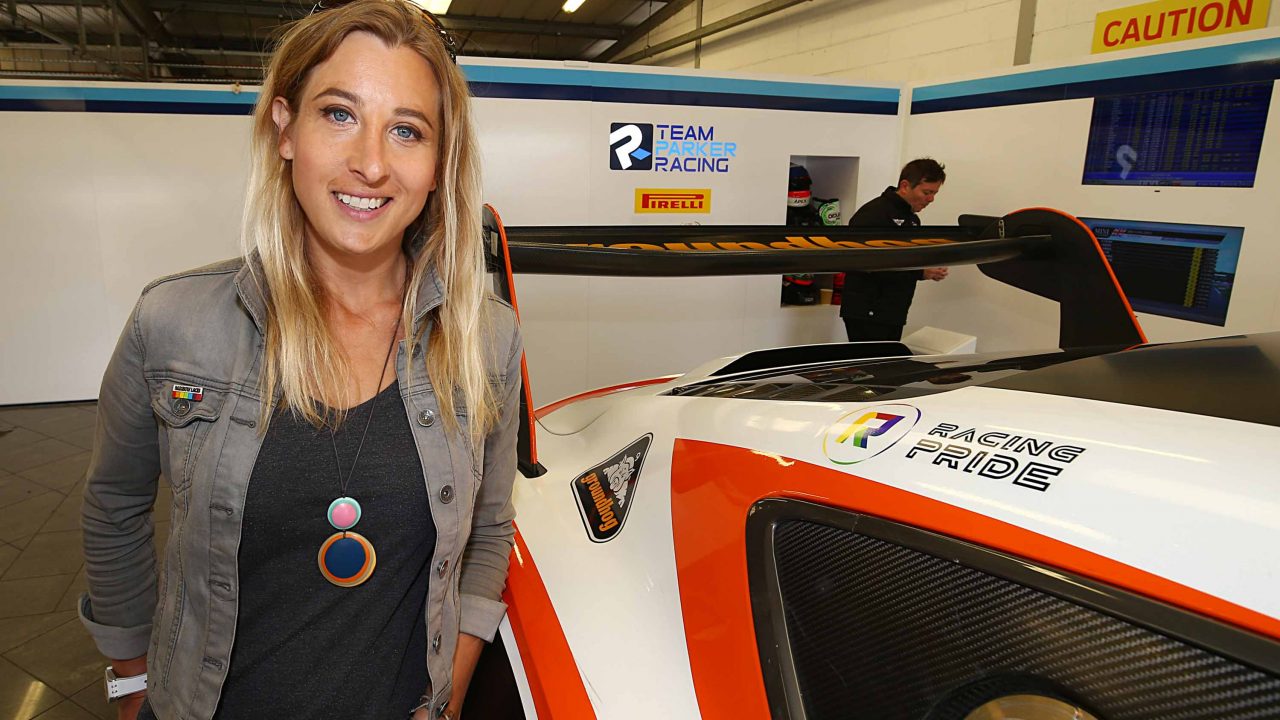 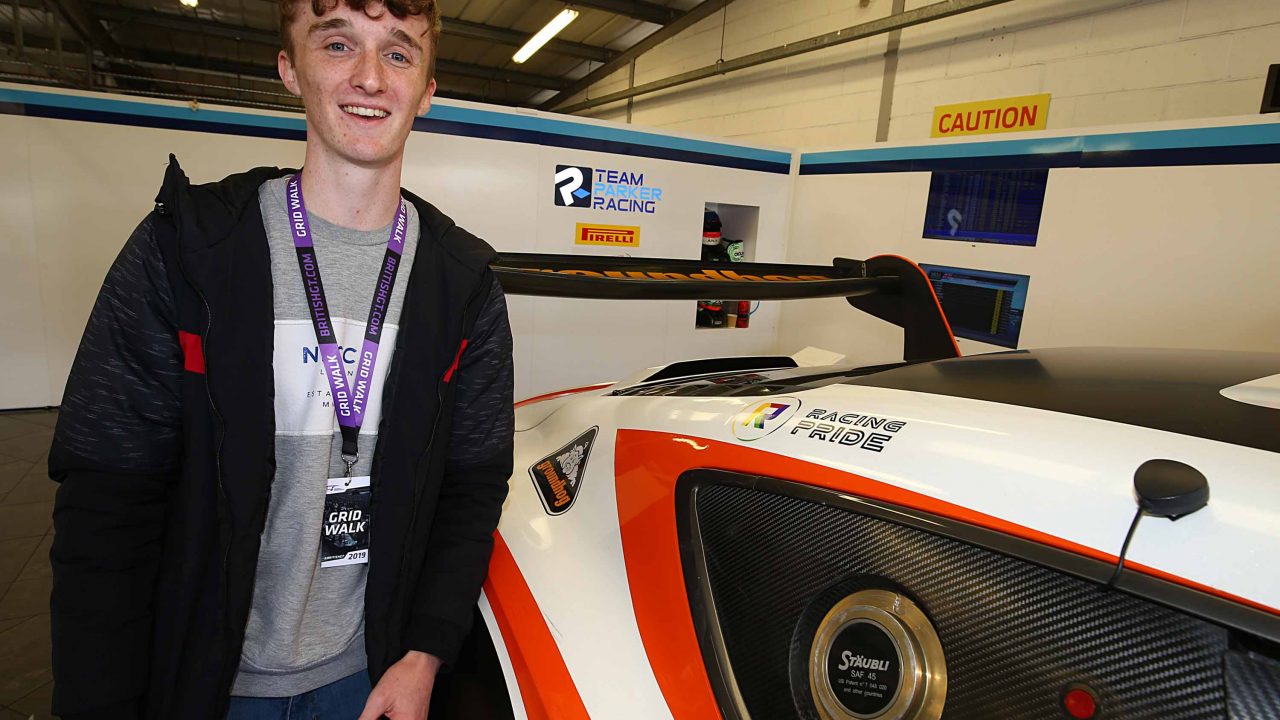 A number of events are planned across the coming weekends to continue to build on the momentum which Racing Pride’s launch has generated. The first of these will be the race meeting being held at Anglesey Circuit by 750 Motor Club (Racing Pride Industry Partners) on 14th-16th June. Richard Morris will be competing at this event for Spire Sports Cars in their GT3 sports prototype car, and 750 Motor Club will be promoting Racing Pride by making stickers available for all competitors to run on their cars, should they wish to do so, in order to show their support for Racing Pride’s aims and values.

Exciting plans are under way to expand Racing Pride across more series and disciplines of motorsport in the coming weeks. Racing Pride is continuing to seek further Industry Partners and Ally Companies to fuel its vision, and is interested to hear from anybody who may be able to help make motorsport a more inclusive and progressive environment for all.