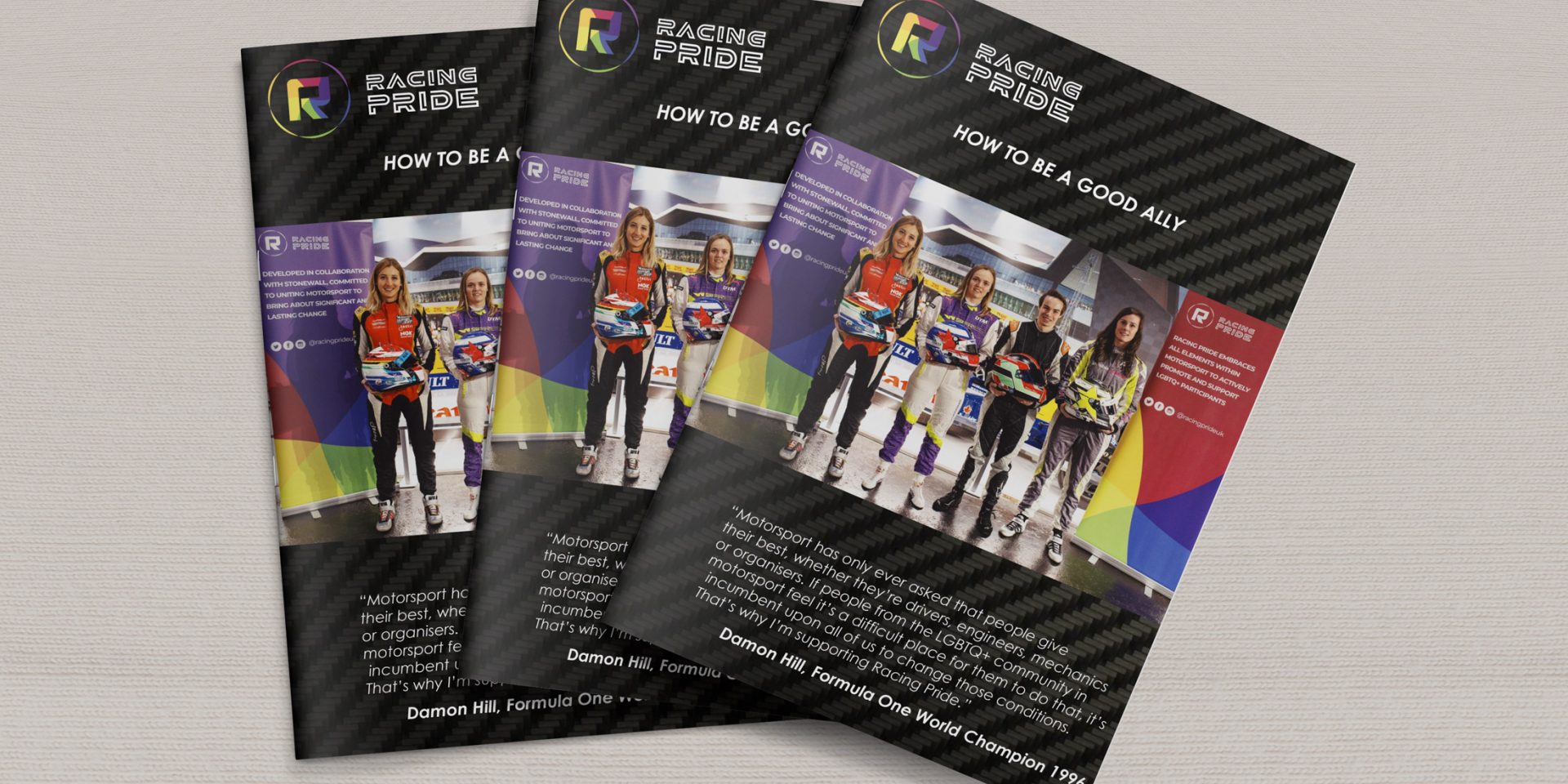 Racing Pride has launched a new resource pack called How to be a Good Ally.

The pack is intended as an informative and practical guide for anyone involved in motorsport in any capacity, whether as a competitor, official, volunteer, team member, sponsor, fan or in the media, who wants to be part of making the motorsport community as inclusive and welcoming as it can be. The pack walks the reader through current terminology associated with LGBTQ+ people, giving guidance on which terms are likely to be appropriate, and offers practical easy-to-follow tips on helpful behaviour, things to avoid, and how to help challenge homophobia, biphobia, and transphobia.

Richard Morris, Racing Pride Co-Founder and author of the pack, said: “This pack is about equipping and empowering all of our allies within the motorsport community to help us create LGBTQ+ friendly environments in their teams, in the paddock, and in the grandstands. It’s something members of the LGBTQ+ community can’t do on our own.”

In many ways the most powerful words are those of allies. The pack begins with a quote from 1996 Formula 1 World Champion Damon Hill, clearly stating that it’s up to everyone involved in the sport to create inclusion: “Motorsport has only ever asked that people give their best, whether they’re drivers, engineers, mechanics or organisers. If people from the LGBTQ+ community in motorsport feel it’s a difficult place for them to do that, it’s incumbent upon all of us to change those conditions. That’s why I’m supporting Racing Pride.” Meanwhile, BRDC British F3 driver Piers Prior calls on allies such as himself to support the LGBTQ+ community for the good of the sport as a whole, saying: “At the end of the day we all just want our sport to be as strong and popular as it can be, and make it as accessible and inviting for as many people as we can.”

The pack can be downloaded here.