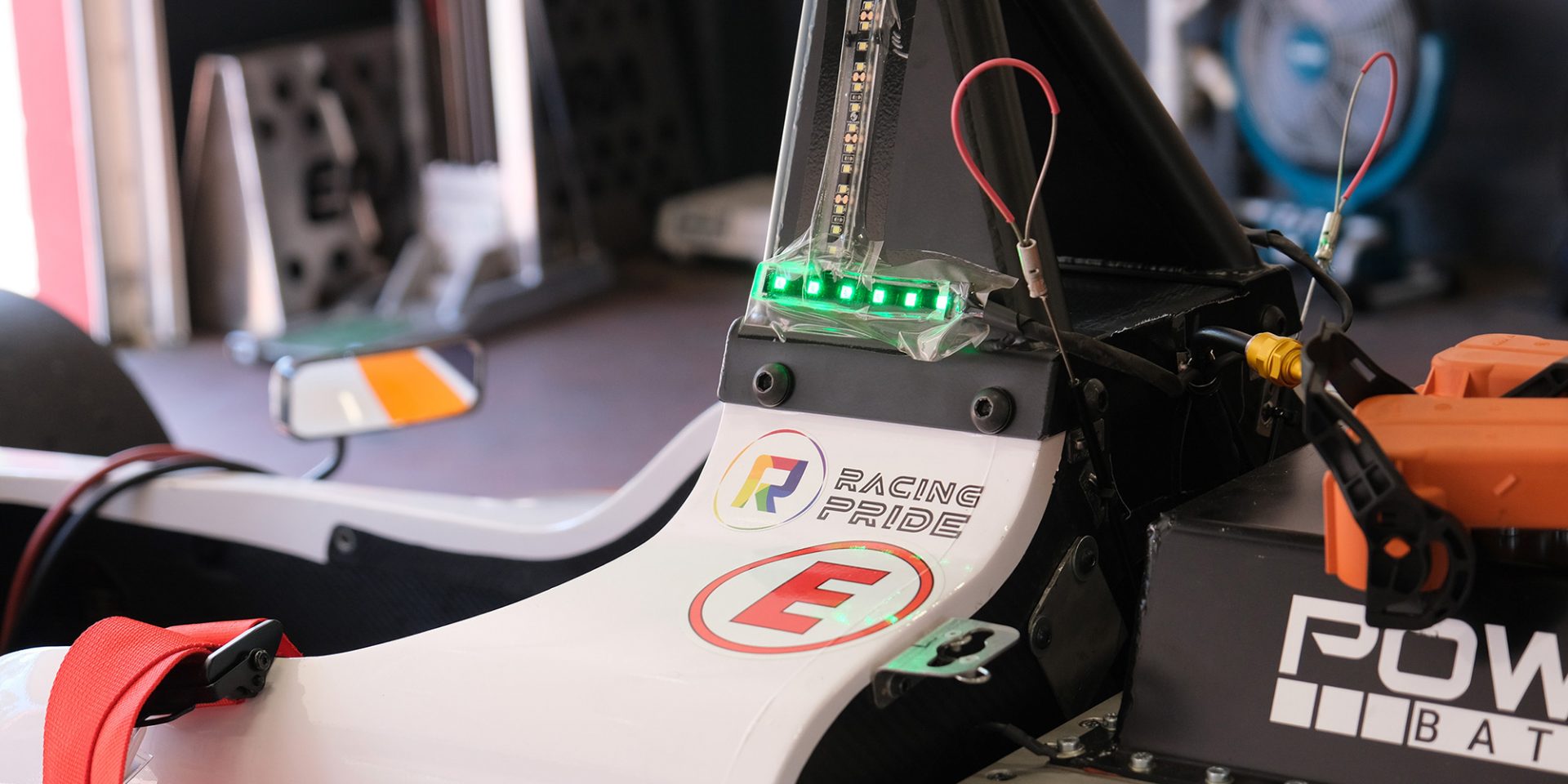 These 6 finalists will now progress to an assessment day at Circuit Zolder on 31st October at which they will get their first experiences of the all-electric ERA single-seater car. At least one of these 6 drivers will then represent Racing Pride in the 2023 ERA Series Europe, competing alongside the FIA eTouring Car World Cup.

Richard Morris, Racing Pride Co-Founder & Driver Ambassador, who is a works driver for Revolution Race Cars, said: “It’s extremely exciting for Racing Pride to be able to offer this opportunity to 6 really inspirational LGBTQ+ individuals. We’re so grateful to the Software AG ERA Championship for making this scholarship possible and being proactive in putting inclusion at the centre of the Championship’s identity right from its first full season.” 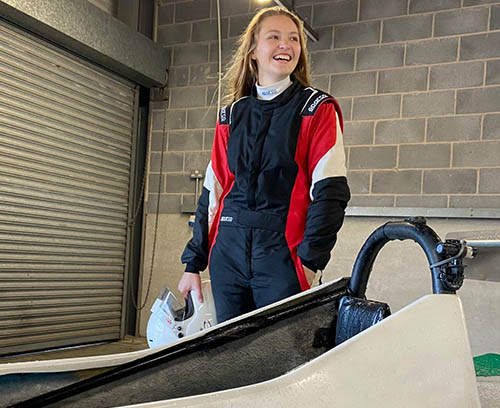 “I understand that this is a real advancement for motorsport and it would be an honour to get to experience these electric cars as well as assist with the development of the cars.” – Samantha Evans

Having grown up around motorsport, Samantha hopes to build a strong sense of community around the paddock.

Since coming out as LGBTQ+, Samantha has had a very positive experience within motorsport. She wants to represent Racing Pride to help other people feel as welcomed and supported as she has been.

Samantha feels that this experience with ERA could help progress her career and lead to new opportunities for her. 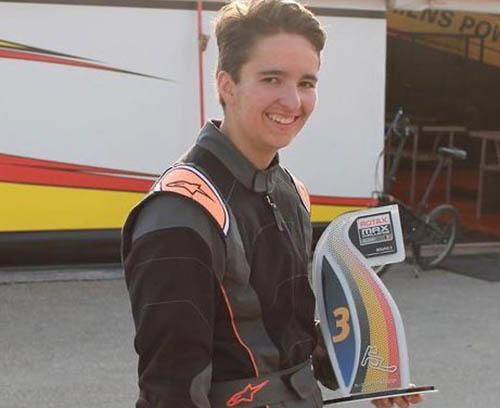 “Inclusiveness within motorsports is very important for me. I want to become a good representative for both Racing Pride and the ERA Championship.” – Milan Fasotte

Having previously won Racing Pride’s Racing Mentor scholarship, Milan Fasotte is our youngest finalist. As a transgender kart racer, Milan believes that winning is not about gender – it’s the person in the race suit that makes the difference.

Milan is determined to follow his dreams of becoming a full time racing driver, and has made a lot of sacrifices to pursue his passion. He’s ready to build on his skills and develop even further with this experience. 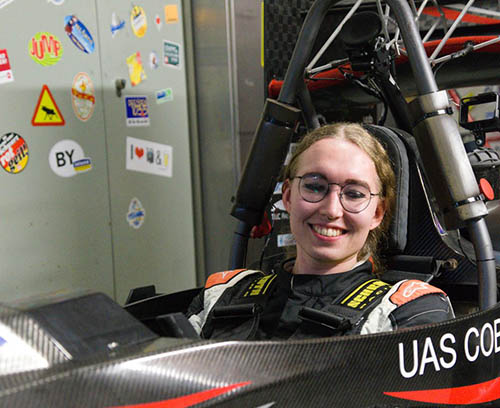 “My inquisitive nature continues to improve my driving wherever I can, on and off the track.” – Nina Hahn

Currently undertaking a mechanical apprenticeship that includes working on high performance automobiles and motorcycles, Nina is ready to bring her advanced technical knowledge to the forefront as a scholarship finalist.

Nina has previous experience in FSAE and sim racing, and being a finalist in the Racing Pride scholarship will allow her to follow her passion and represent herself as a transgender racing driver on an international stage. 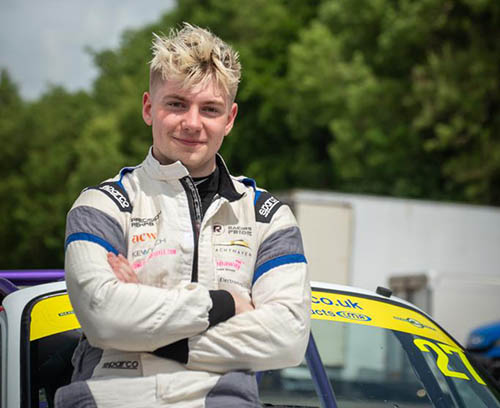 “To see people from the LGBTQ+ community performing and excelling at the highest levels of motorsport helps to normalise it and inspire the next generation of racers.” – Luke Pullen

Currently competing in the BRSCC Mazda MX5 Championship, Luke is passionate and proud to be representing #LGBTQ+ people in motorsport, and making it clear that everyone is welcome.

The Software AG ERA Championship is significant to Luke because he firmly believes motorsport can be a catalyst for a lot of future technologies in everyday life, and as both road and racing cars are making the switch to electric, Luke wants to be part of that change! 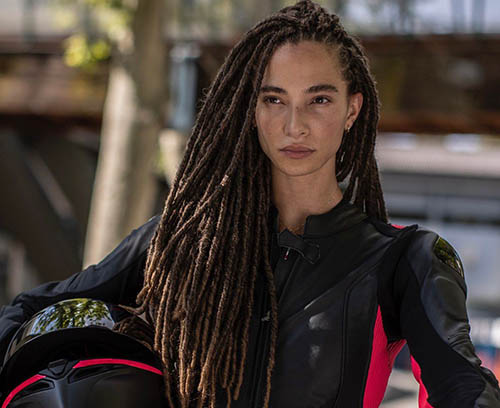 “Racing Pride has helped so many people around the world feel seen and safe to dream big in a sport that has historically had very little representation. I would love nothing more than to be a part of that movement, and to use my platform for giving voice to my queer and POC community.” – Jordan Rand

With experience as both a professional model and in racing, Jordan can do it all! She believes sport has the ability to to change the world, and is a big supporter of electric racing.

Jordan is very proud to represent LGBTQ+ women in motorsport, as well as people of colour. She thinks it’s hugely important to be a visible role model for those who are struggling, and inspire people to dream big. 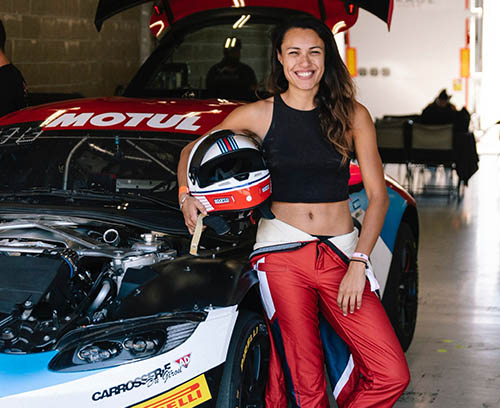 “My passion for motorsport began at an early age. It started, on Sundays, in the living room alongside my father in front of the F1 broadcast.” – Emilie Villa

Having fallen in love with racing at a young age, Emilie has taken that passion and turned it into her own racing career. Motivated and hard-working, Emilie has already raced at France’s top racetracks in an Aston Martin Vantage GT4 and has previously tested in single seater cars.

Emilie has been very open about representing the LGBTQ+ community and wants to use her platform to break down stereotypes.

Racing Pride wishes all of the finalists the very best of luck at Zolder. The six finalists are all fantastic candidates and representatives. It is also wonderful to have such a wide range of people represented – this line-up encompasses racial diversity, five different nationalities, three cis female drivers, two transgender drivers, and an openly gay cis male driver.

Now only one question remains – who will be the one to fly the flag for Racing Pride in the 2023 Software AG ERA Championship?

All races of the Software AG ERA Championship will be available to view via a free live stream online as well as a highlights broadcast on Eurosport.