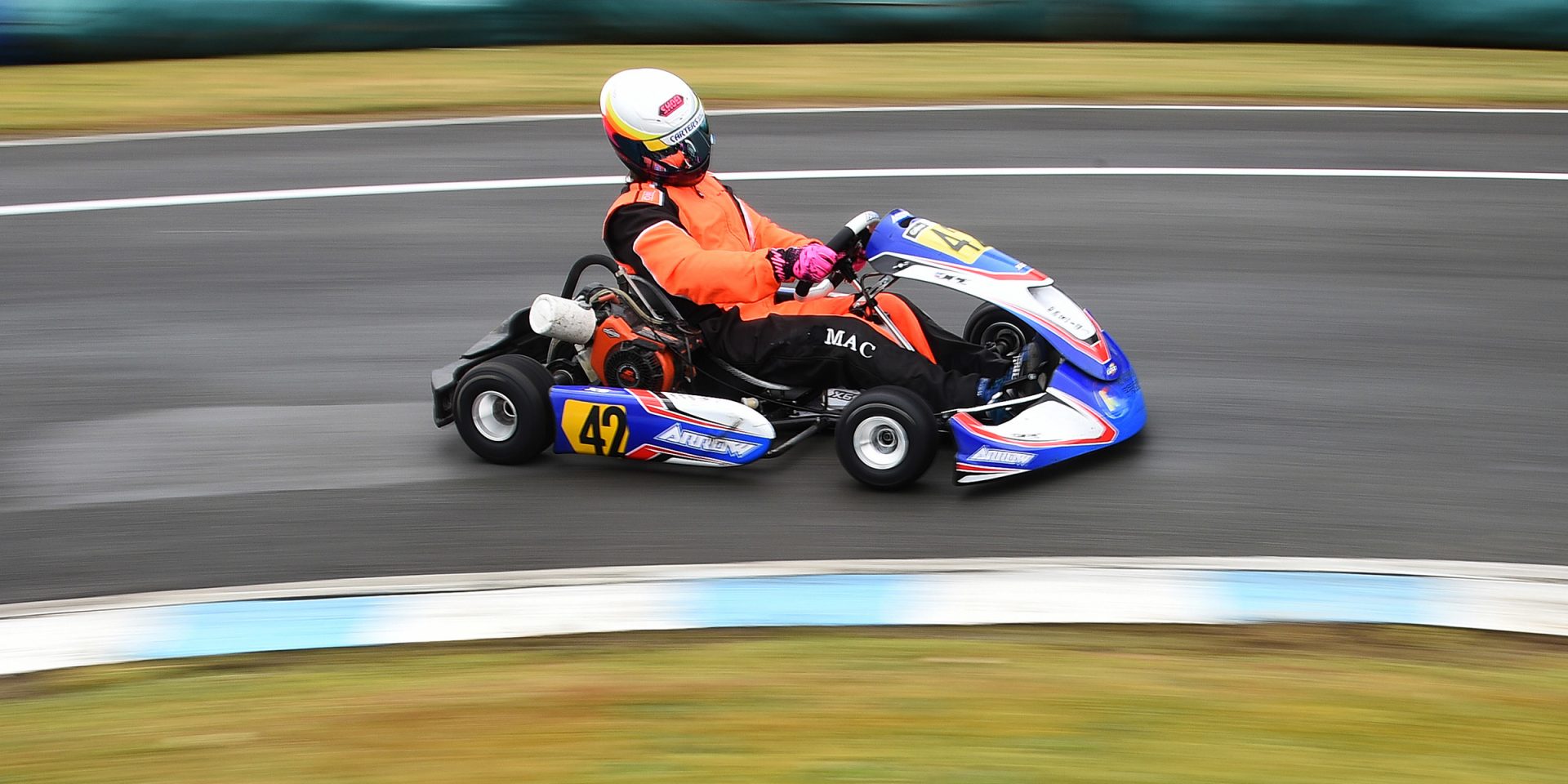 In this Racing Pride Spotlight article, we interview trans kart racer Alice Maclachlan, who has just recently become the IORK Championship New Zealand women’s champion and has been selected to represent her country at the 2023 WRKC World Championship.

We’ll start off basic, how did you get into motor racing?

Racing ran in my family. My great grandfather raced Formula Ford, as did my father. My dad also owned a Mazda RX-7 that he raced, and I have fond memories of being in the pit lane with that car.

I started racing at the age of 12. We had bought a reasonably cheap kart and began racing in the local club scene. By the time I was 13, I was racing in some national events, and I became a regular fixture among the likes of Nick Cassidy and Mitch Evans by the age of 16.

I have many memories from back then. There was one race in 2008, I had qualified 10th but progressed to 5th on the grid for the final race of the weekend. The race was just crazy, it was red flagged four times, and on one race restart I actually led the field. So many cars ended up out of the race, but I stayed alive and eventually came home fourth. Three people ended up in the hospital from that race, so perhaps it was a bittersweet good result.

There was another race around that time I remember well. I’d qualified second and was running second with a good shot at the win. Of all things to happen in that moment, gravel found its way into the fuel filter. Somehow, I finished seventh in that race with an engine running most of the race on the smell of petrol.

It was somewhat of a theme in my early years, I would consistently run well, but outside factors would mean I didn’t get any podiums or wins.

You were out of karting for a couple of years. Were there any changes in karting while you were gone?

One major change is the professionalism of the big teams which run on substantial budgets even compared to when I was racing previously. Kart-wise, the only change is a shift from air cooled to water cooled motors, but they’re still effectively the same.

You work now as a junior doctor, how did you end up down that career path?

All my competitors went off to Europe or America, and I didn’t have the money to do that. Naturally, I needed something to sustain myself. I had always liked biology, so I went into medical school, and back then I didn’t realise what I’d gotten into, as being a doctor is very hard work. I spent some time working as a junior doctor, however I got covid early this year and came back to work too soon after recovering. I had a fainting episode and smashed my head on a desk, so I’ve been out of the medical system for a few months.

I have an interest in the business side of medicine, so I did a post-graduate diploma in health management, where I learned about health related policies and where funding comes and goes. As a trans person in healthcare, I know how hard getting support is, so I would like to make a difference in other trans people’s lives by making access to healthcare more affordable and accessible.

Perhaps a slightly morbid question, but have your skills as a doctor ever come in handy in the racing scene?

Yes, once. I was in Wellington for a New Zealand Karting Cup. I had the bright idea of trying to drive with a broken rib that weekend which didn’t work out, so I was on the sidelines. In the cadet series for young drivers, a boy had a bad crash. I had to do first aid on him while more medical help arrived. Thankfully the boy is ok now.

New Zealand is very progressive on transgender issues, do you feel safe and at home in the racing scene there?

I had been worried about this, especially as a trans woman in the women’s category. I was competing in the Indoor-Outdoor Rental Kart Championship, or IORK. I have never and will never keep my ‘transness’ secret, so everyone knew, but I was surprised to see there was absolutely no judgement, publicly at least. I won the women’s championship as a trans woman, and despite recent transgender issues in other sports, I only received sincere congratulations and support from everyone in the paddock. 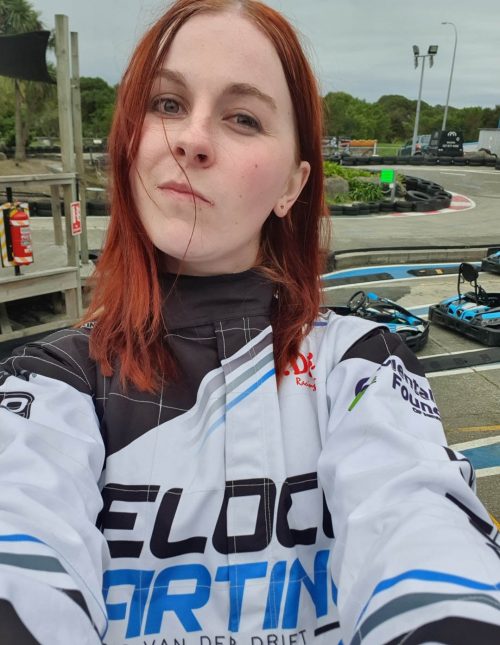 Yes! After winning the women’s championship and coming third in my weight class this year, I received an invite to be a wildcard at the World Rental Kart Championship in Belgium! For those who don’t know, this is the pinnacle of rental kart racing worldwide, and it’s a really big thing. The Formula 1 of rental karts if you will, so I am so proud to represent both New Zealand and the trans community on the world stage.

Looking to the future, would you like to do more international events?

Of course. My bucket list item is the NZ Rotax Kart Challenge, provided I can fund it. At the moment I’m mostly in rental karts, but if I can I’d love to do more international events.

That wraps up our interview with Alice Maclachlan. If you want to follow her racing endeavours, her main Instagram is @estrogen_and_lithium, and she uses @worlds_fastest_transgirl for racing related activities.

Racing Pride would like to thank Alice for sitting down with us and taking the time out of her busy schedule for our interview.