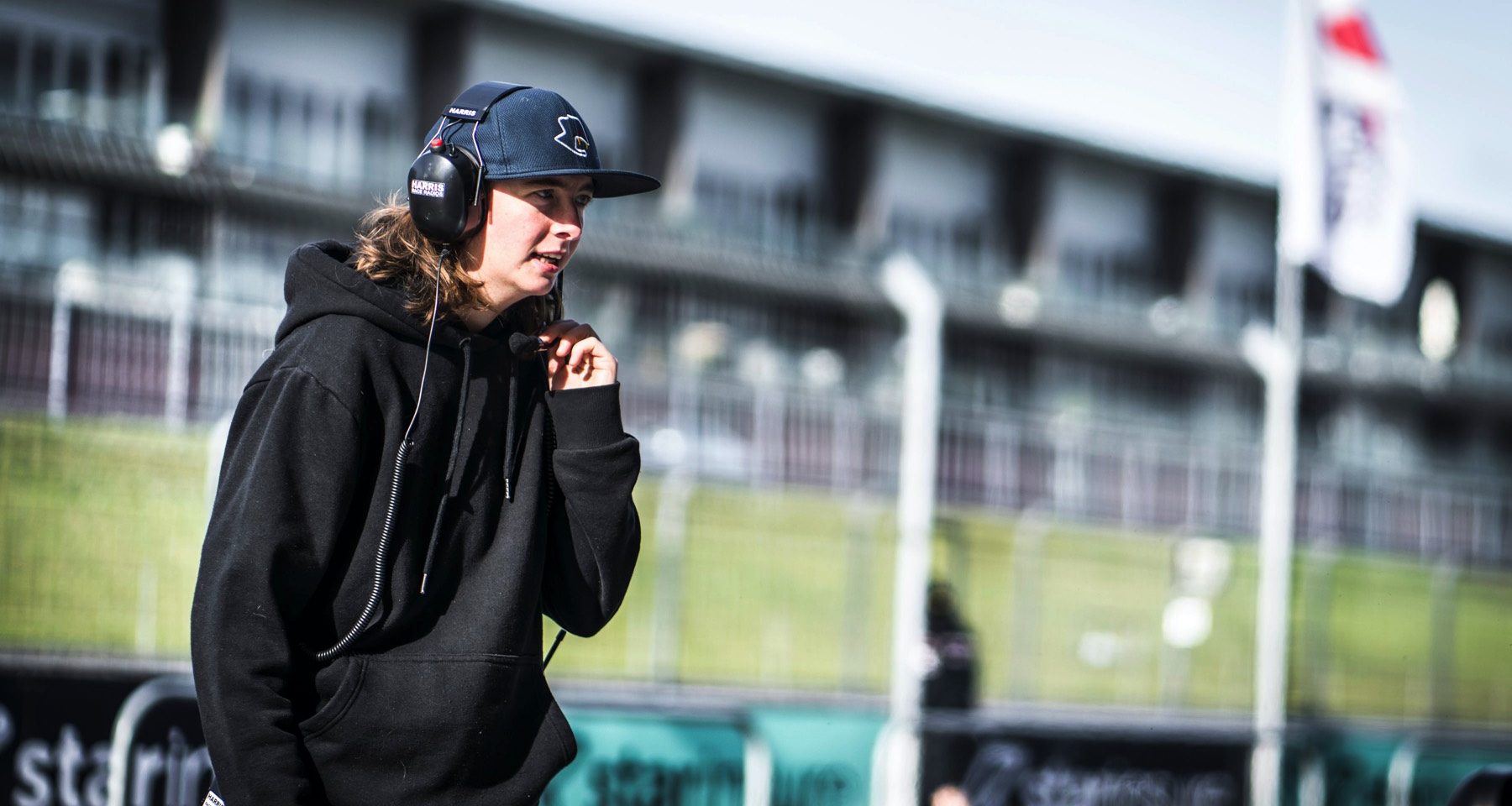 Welcome to today’s Racing Pride Spotlight article. Today we interview a young talent from New Zealand, Bea Vear. Bea sat down with us to discuss her career, from SsangYong to F5000, including winning a Racing Pride scholarship, and how she finds LGBTQ+ acceptance in motorsports in New Zealand.

“Hi, I’m Bea Vear. I became interested in racing thanks to my mother. She did dirt track racing for many years and has a deep passion for motorsport. She met my dad and got him interested in racing, so I was brought up around it.
When I was a teen, I had and still have a huge passion for racing. I purchased my own sim rig and spent plenty of hours on e-sports racing platforms. I ended up going to an event called “big boys’ toys and had a go at a full racing simulator and got the third fastest lap of the day.
I impressed the hosts of the event, and they called a couple of people around to speak to me, I found myself talking to the head of the SsangYong Utes series, they had a car for sale and my racing career began.”

“It was a cool opportunity with Racing Pride and Racing Mentor. The classes were focused on the nuances of racing, the stuff mostly off the track, such as media and sponsorship commitments. Things like how to attract sponsors and conduct yourself in the press.
One thing that sticks with me is learning about how racing sponsorship is a two-way street, as both parties need to benefit from it for the deal to go ahead.”

New Zealand is known for its progressive attitudes to LGBTQ+ acceptance, do you feel that in the motor racing sphere?

“I’m lucky in a sense, as I’ve not really ever experienced homophobia in the paddock. Everyone is very open and respectful, I bring my girlfriend to race meetings and nobody really bats an eyelid.
Of course, it would be nice for a bit more representation in motor racing across the board, but I’m thankful to not have had any bad experiences.”

Last year, you raced in the SsangYong series and did a few runs in the old F5000, how different is the big truck from the wings and slicks purebred racer?

“I’m part of the pit crew for a Lola T400 in the F5000 tribute series here, and after a few years, I managed to get a short test in it. Despite the car being some 45 years old, I knocked 25 seconds off the best time I set in a SsangYong at the Hampton Downs track!
The big SsangYong has a lot of body roll and can be very lethargic turning. Even the Nissan Primera I currently race in an endurance series is very different. The car has more grip but it’s front wheel drive, so it’s very understeery.”

And that concludes this episode of the Racing Pride spotlight series. We thank Bea Vear for taking the time out to sit down with us, and hope you enjoyed hearing her story.