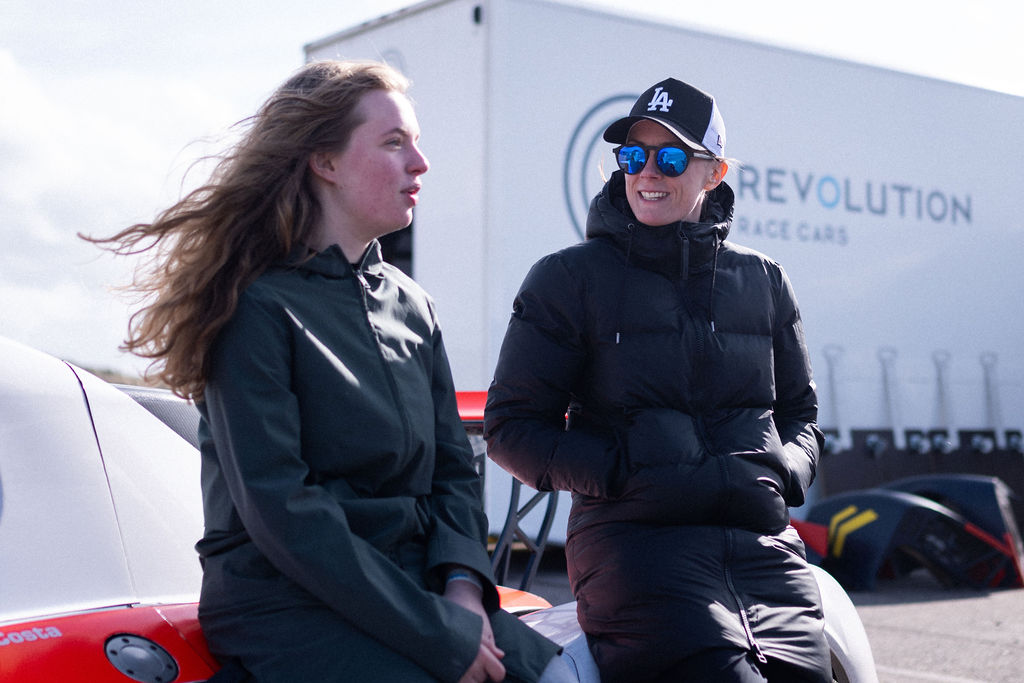 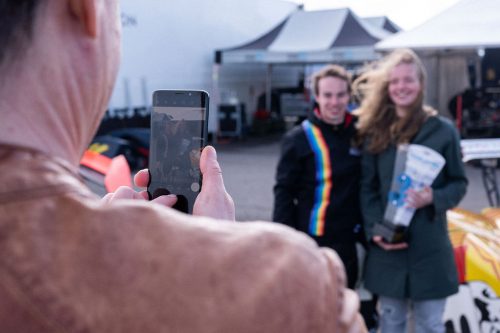 Noor discovered her passion for motorsport in 2016. She started watching F1 and “then it pretty quickly became more than just a fun watch.” In October 2021, she went ice karting with a few friends. An indoor karting lesson and a trip to Eindhoven for an outdoor karting outing later, and Noor was hooked. She wanted to start taking karting seriously. Last Christmas her parents gifted her a helmet and some racing gloves. That is when she thought, “I’m pretty alright at this. I like it so much. I want to do this more often. I want to start taking this seriously. That’s what happened.”

Noor now races at the Den Hartog Racing Academy. “They provide cheap karting lessons, so everyone can join in,” she noted. Which is good, because Noor has just started and does not have a big budget yet. This is also the reason she is not outdoor karting yet. “The problem is that sponsors would like to see some proof that you’re a good driver and I don’t have that yet”, she said. Sponsorships or no sponsorships, Racing Pride has noticed her.

“I actually found out about Racing Pride indirectly. I was already thinking about my own sexuality. That is when I started reading and researching more about certain initiatives. I found #WeRaceAsOne, Aston Martin and Lewis Hamilton’s initiatives. That’s how I started learning more about the platform.”

Noor loves sim racing too, and when she got the chance to get a special livery designed for her, with her own logos, she took that opportunity and put Racing Pride’s logo on her kart. She said, “I asked them if they wanted to put Racing Pride on there, because I think it’s a good initiative and I belong to that community.” 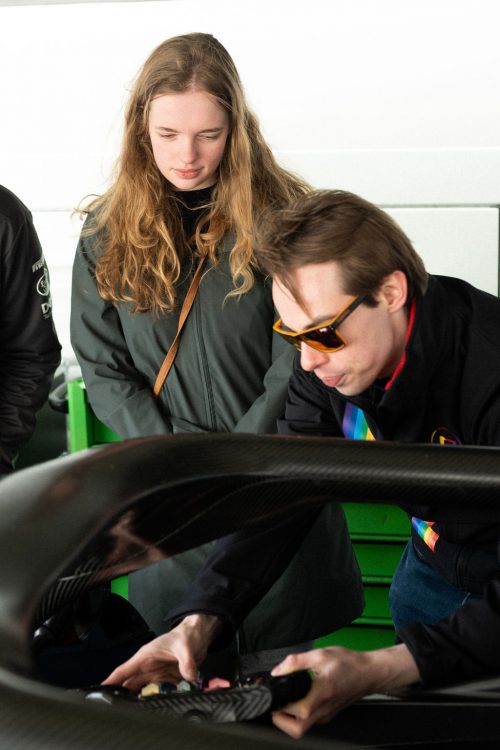 Racing Pride is important, says Noor. She imagined how hard it would be for a Formula 1 driver to come out, because they get enough hate as it is. She also mentions the visibility Racing Pride brings. “If you increase that visibility, then that would bring about rule changes that might increase the inclusion of the sport.”

“It is also still an issue in the wider world, which it shouldn’t be. I think it’s important that [Racing Pride] addresses this. It is wonderful if you build a platform with which you can really help people progress in motorsport.”

That platform has now reached the Netherlands. Richard Morris and Abbie Eaton raced on the challenging Zandvoort circuit in their Revolution prototypes this weekend. Noor got to meet them.

“I got a call from the team boss of my sim racing team. He said: ‘I have got some great news for you.’ I already knew I would get Racing Pride sim racing gloves, so I thought the news was about that. Then he said: ‘Richard Morris asked me if you would like to come to Zandvoort on the 9th of April, because they want to expand Racing Pride in the Netherlands. They saw the logo on our car.’”

Despite the wind, hail and cold, Noor had a day that she would never forget. She smiled, “I really liked the day in Zandvoort. I had no idea what to expect, but Richard is very kind. I was able to just chat to him. I could ask for some information, see what his life as a racing driver is really like. And a day at a race track is always a fun day for me, doesn’t matter which championships are driving. I’ll watch them.”

Noor also got to speak to Abbie Eaton, which she called an unbelievable experience, saying “Abbie is of course a really big name in the W Series and you’re chatting to someone like that like it’s nothing.” When asked if either driver gave her some advice, Noor said, “That I should just keep driving. Everyone started in karting. It’ll happen. You just have to keep showing them who is fastest.”

That is exactly what she is planning to do. Noor would like to participate in club races, and stand on the podium as often as possible. She would also like to do a test with her own kart. On the long term she would like to win a championship and make the step up to car racing. “It doesn’t matter in which type of car, as long as it is a fun championship and I can show everyone I’m a good driver,” she said. “I am focusing on Touring cars, or Radicals for example. I would really enjoy that. I am not the type for Endurance racing. I would much rather do sprinting.”

And that is what she’s going to do. Seeing the Revolutions race around Zandvoort and meeting Racing Pride’s ambassadors only made Noor more motivated to achieve her goals. Not that she needed any more motivation. Racing Pride will follow her closely and before you know it, Noor will be the person young go-kart drivers are dying to meet. 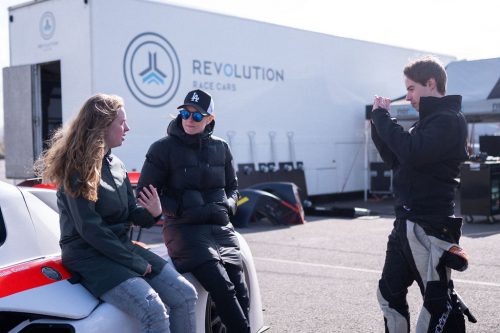 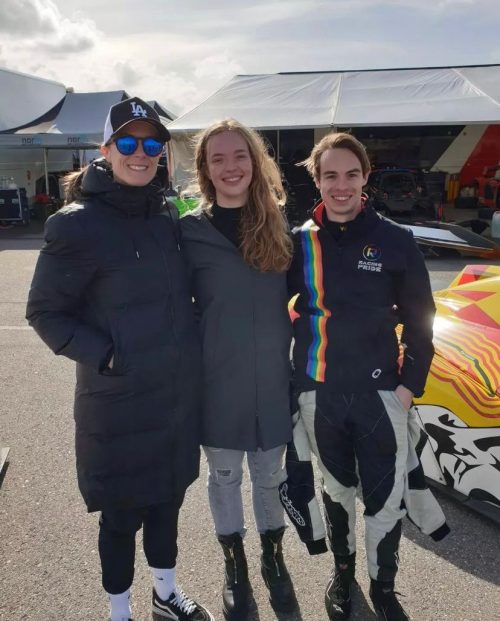