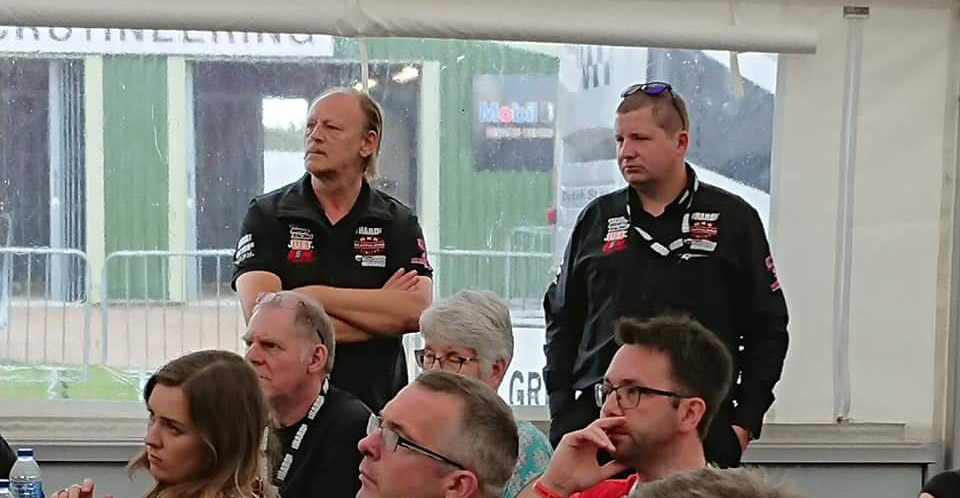 Paul Devenish has worked in a variety of series since his 16th birthday, both in the United Kingdom and in the United States: he has worked with the British Touring Car Championship, the Sports Car Club of America World Challenge Touring Car Series and the GrandAm KONI Challenge Series. He is also invested in his local LGBT community. 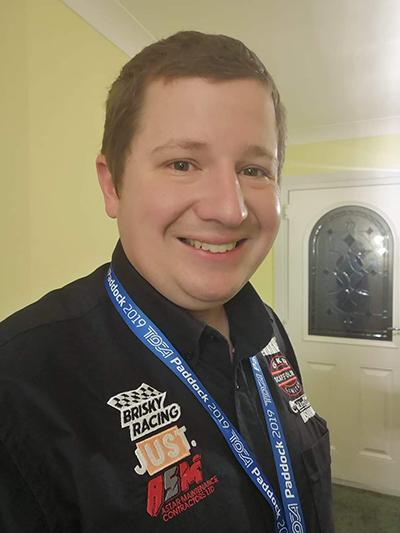 “I come from a family who are very much interested in cars myself. My uncle was a very, very big Formula One fan and I remember, you know, obviously, he goes to Grands Prix and everything. So I used to get t-shirts and the like : I was given the Damon Hill t-shirt from 1993. So obviously I’ve got pictures of me wearing that. But just watching the Grand Prix on a Sunday afternoon or qualifying on the Saturday. Sadly, I watched the Grand Prix where Senna was killed in the 1994 San Marino Grand Prix. I remember watching that- exactly where I was at home. I remember watching Damon Hill become world champion.” This is what he said when he was asked about when it all started for him, where his passion came from in a Zoom interview.

Paul started working in motorsport at the age of 16, at a local event for historic racing cars. He described this opportunity as a reminder that motorsport can be good, glamorous and fun but it could also be very cruel. One of the drivers in the team he was working for got into an accident, causing a lot of damage to the historic racing car he was tasked to clean and prepare for the race. This was the 1988 and 1999 Le Mans winning XJR-9 Jaguar. Paul described the accident as “disheartening” and realized the cruel side of motorsport first hand. To date, he said it was his worst memory.

His first bad experience did not stop him, however, from wanting to work in motorsport: in 2006, he decided to go to the United States to pursue his dream. At the time, he was working in London in a shop and working in a supermarket chain during the week. He got a working holiday opportunity in the United States to work for a team in a support race for the American Le Mans series. He decided to explore his options, from working with sports cars to trying to get into an IndyCar team.

On that working holiday came a chance meeting that would lead to another trip stateside two years later: “Out of the blue I met this female race driver. I didn’t know who she was. She obviously wasn’t Danica Patrick, or anybody like that. She explained that she worked, she was a driver in the SCCA, which is Sports Car Club of America World Challenge Touring Car Series. I spoke to her for about half an hour, and she said, ‘Look, if I pass your details onto a guy called Chris Tindol who runs a team he will sort something out’”. Paul told Racing Pride he stayed friends with her after that chance meeting, which lead him to follow the team to the SCCA’s final race of the season, in Laguna Seca, California. 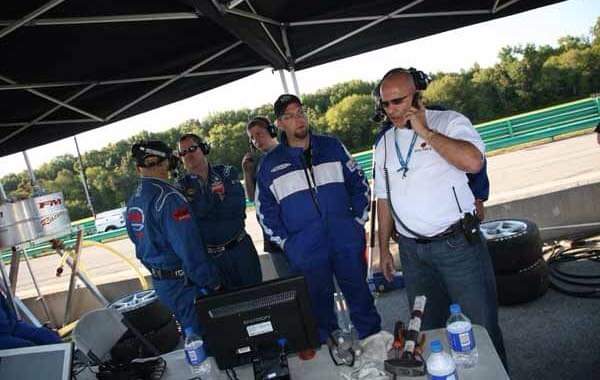 After that event, he went back to the United Kingdom until he was once again called across the pond in 2008. Chris Tindol put him in contact with a man who ran the Next Gen Motorsport team in the GrandAm KONI Challenge Series and worked for them on a weekend they were racing at the Virginia International Raceway. “I helped with the team that weekend, and spoke to a couple of people out there, they were interested in what I had, and I came back to United Kingdom after that”.

After he came back from the United States, he started a job with the Postal Service and admitted to have lost heart in a career in motorsport. “I kind of waned a little bit from the fact that do I ? don’t I? What can I gain? What can I gain out of it, and then I kind of lost heart and my interest in motorsport. ” Paul said that a part of why he lost heart was because he was working an office job where he did not have the weekends off, which meant he could not attend motorsport events.

However, that passion and drive came back to Paul in the last four years. He changed jobs, and this provided him with an opportunity to seek out events to attend or work in: “through social media, there was a group that we had. And often enough people would say, for instance, ‘Hi guys, do you need a hand or anything?’ And that’s where it started off again. I started off doing hospitality work for one team and then that got out.”

When those weekends became available again, he started playing soccer for an LGBTQ+ amateur football team of ten to fifteen players. “It is good fun where you don’t have to be the best player or the worst player, it’s a bit of fun. I play every Sunday I can”. He also participated in Pride London in 2018 with the West Ham football team pride group and took part in the Parade: “I was walking around on the Pride float with West Ham fans, and that we were just walking around, talking, greeting, meeting people and just basically showcasing ourselves that there are LGBTQ support groups in in soccer as well as any other form of sports.” From there, Paul Devenish said he wanted to do something with Pride in motorsport and found Racing Pride that way.

He was asked about LGBT rights in the United Kingdom as well, after he talked about Pride: “The rights that we have in the United Kingdom are fantastic. There is no discrimination in the UK in the workplace, employers have the utmost positivity for it all? Very diverse. You’ve got Stonewall over here, which is an incredible charity, to promote equality with LGBTQ people in the United Kingdom. I think that we are one of the leading countries in LGBTQ plus activities and advice and practices over in you know, in the United Kingdom, whether there’ll be work, sports, television we are equal. And when you look at some countries that haven’t even got that it’s very sad. Because you know, there’s people out there who do fall under the LGBTQ plus umbrella and are afraid to show that through fear of, you know, violence, death, or anything like that. So I think the UK shows itself as a role model for LGBTQ plus initiatives and practices.” 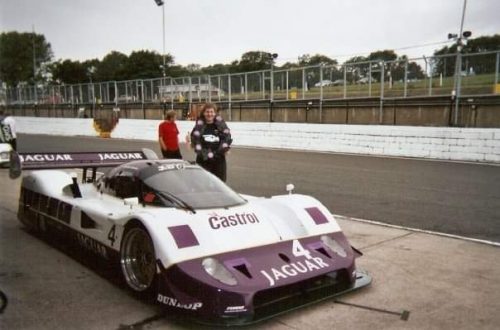 In 2019, he got an opportunity to work with a team called EXCELR8 Motorsport in the British Touring Car Championship, on the hospitality side. “A sponsor of EXCELR8 Motorsport was looking for someone to help look after their guests. I put my name down on a Facebook post, just wrote a few things about myself. And then a guy called me back and says, ‘Could you be at Thruxton for Sunday?’. I said ‘Yeah, there’s no problems at all. I went down to Thruxton. And I was helping the team out with their hospitality bringing in their guests from the car park. So bringing them in, taking them around, just showing them around the area. You know: ‘this is where you’re going to have the meals and snacks, if you speak to your representative host that’s when you get your passes to go out on the grid for the grid walks.’ I thought I was fantastic.” A couple months later, another opportunity arose for Paul, this time for Team Hard: “I did four race weekends, the last four of the season with them doing the same thing and I thoroughly enjoyed it. And that was my first taste of working in the British Touring Car Championship. I was doing my usual day job, but having weekends away at the racetracks working. So that was a stepping stone for me building myself up.”

In one of the races of the British Touring Car Championship, he described the best experience he has ever had in motorsport: “It was raining and the team won. We were all invited to stand up on the podium because it was a team effort. Everybody from the team: from the truckies, to the mechanics, to the- to all the drivers, we all stood on the podium, and there’s fantastic, fantastic pictures taken of me standing on the podium with the whole team.” 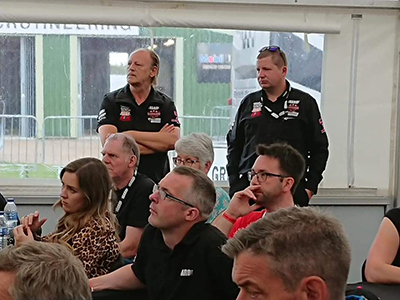 The COVID-19 pandemic disrupted his plans in 2020 and in 2021: “I was hoping to work last year, but obviously with the COVID-19 pandemic, a lot of teams were scaling back, they weren’t doing hospitality, they were running with skeleton staff. So unfortunately, because I was not freelance, but there to give a helping hand, I wasn’t really needed.” The COVID-19 pandemic has indeed restricted access for many workers in the industry like Paul Devenish in the last year but hopefully with current measures in place to fight the pandemic, they will be allowed to work in the hospitality area once again: “Obviously, not a lot of people have the opportunity to work with something they enjoy. I feel fortunate myself that I’ve managed to fall in or be in contact with these people through just a Facebook group”.

He did have a final hopeful message for the LGBTQ+ community out there: “A person should express who they want to be, how they want to be, and when they want to be. Stopping them from this can cause problems further on down the line through mental health issues for example. Because you’re stopping that just for the fact that you want them to be who you want to be.”