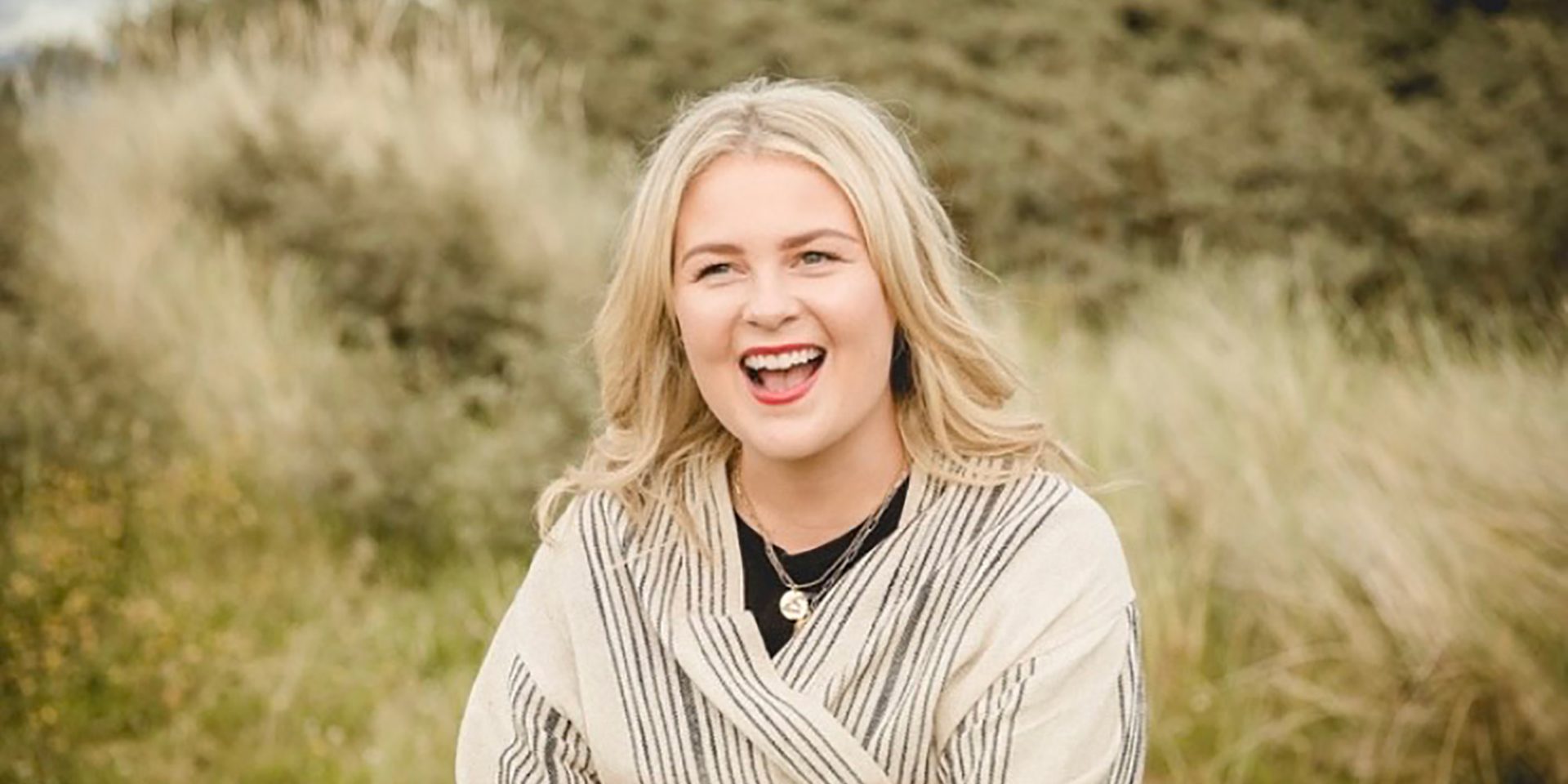 Welcome to today’s Racing Pride Spotlight article. We sat down with former rally driver turned hypnotherapist Toni Kelly to chat about her racing career, women in motorsport, and some of the best moments in her rally career.

“Hi, I’m Toni Kelly. I was a rally driver for a while, and I competed in the WRC Rally Ireland twice, winning my class.”

“I was born in Donegal, Ireland, and my father owned a garage. I had three siblings, and I was the only one really interested in cars. My dad sponsored a lot of racing drivers, so I was exposed to racing and rally a lot when I was young.”

“I started out racing quads here and there, which eventually developed into doing track days. When I got my drivers licence at the age of 17, I immediately set about getting my rally licence, which I got a couple months later.”

Rally is a unique and difficult discipline to be successful in, how did it feel so achieve all you did? 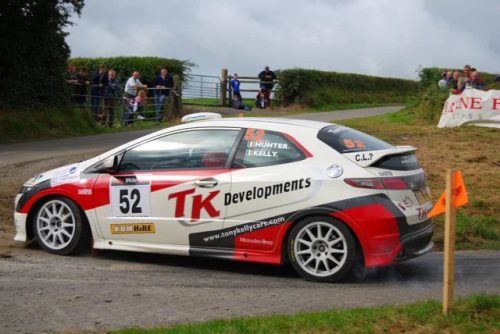 “It was a combination of blind ignorance and love, really. I just did it. I never let anyone get in the way of my dream and passion, and that’s how I got so far.”

“I was lucky that I had a supportive family, as I said my father owned a garage so they were always happy to help however they could. I always wanted to improve my craft, and they were there every step of the way.”

How did it feel being a woman succeeding in a such a male dominated industry?

“I never thought about the male dominated aspect of it. I knew it was there, because almost everyone who around me were men. However, it didn’t click until later in life how disproportionately male rallying was.”

“Admittedly my upbringing was always around predominantly male people, I spent a lot of time with my father in his garage, and I really considered myself as ‘one of the boys’.”

Do you think it’s easier now for women to get into racing compared to 10-15 years ago?

“It’s just as hard, I think. In circuit racing I think the advent of the W Series has helped, but it hasn’t translated to rally yet. Of course, in rally you have the likes of Rosemary Smith and Michele Mouton who were successful, but it shouldn’t be a 20 year gap between women in world class rally.”

“Navigators being women is much more common, we have Isabelle Galmiche alongside Sebastien Loeb this year, and that representation is important. But it would be nice to see more women in the driver’s seat going forward.”

You participated in WRC Rally Ireland twice, how different was the World Championship atmosphere to, say a club rally? 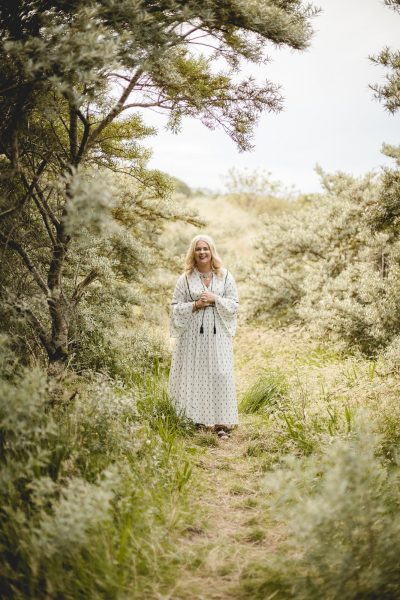 “In terms of organisation, there was no difference between WRC and a local rally. The stages were the same quality, and the running of the event was just as smooth.”

“The difference lied in the fan’s excitement for the event. The passionate regulars were always there no matter the prestige, but Rally Ireland was a huge event, and you felt it. It was the feeling of competing in a local event multiplied by at least a thousand.”

“The final stage of the 2009 Rally Ireland was held in Donegal, and I actually choked up in that stage just because of the excitement and passion of the fans.”

You are now a practicing hypnotherapist, which is, pardon the pun, quite a gear change from rally racing, how did that career change come around?

“In the 2007 Rally Ireland, it was a wet stage, and I had a crash. Although not massive by rally standards, it was the biggest one of my career and it really shook me up.”

“Things changed after that, I had a panic attack before my next rally, and I physically couldn’t do wet stages anymore. I’d heard good things about hypnotherapy, so I want to a local hypnotherapist, and she changed my life.”

“I lost all the anxiety I had while rallying, and my confidence in myself was through the roof. I’d been able to see the connection between the mind and the body, and hypnotherapy gave me the strength to push on.”

“After I’d stopped rallying competitively, I became a driving instructor, and I trained myself in hypnotherapy, which I’d use to calm any drivers who were anxious, and it always worked a treat.”

“I like to empower others, and hypnotherapy gave me an outlet to do it.”

You’ve only come out recently, do you think your career trajectory would be different had you come out while rallying?

“This is a tough question! But if I were made answer the question definitively, then I’d guess no. I don’t think much would have changed for me career-wise. But maybe that’s me being naive!”

“I didn’t come out until my thirties, because I hadn’t a clue I was gay, I was literally oblivious. I think that’s why it’s so important for people and organisations like Racing Pride to be here – representation and visibility matter so much – you have to see it to believe it.”

“I would never change anything in life, I fully embody the ‘what is meant for you will not pass you’ mentality. Now I fully step into my sexuality, with no fear. And again, that is because of the power of conversations like this and organisations like Racing Pride – because of this type of advocacy I now know that it is possible and safe to be who I am.”

What is one memory from your rally days that will stick with you? 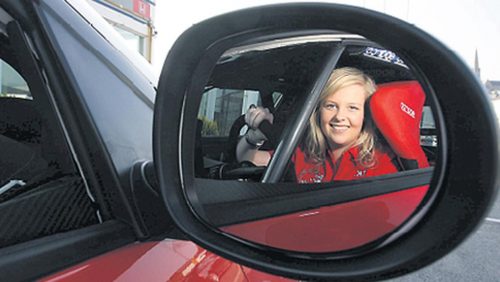 “The final stage of Rally Ireland, no doubt. It was held in my hometown, and I was the talk of the country. I was second only to Sebastien Loeb in terms of media coverage, the cameras were always on me.”

“I’d finished the stage, and I’d won my class. I remember it very clearly when I picked up the flag of my hometown and waved it around. My family and all my friends were there cheering me on that day, and it’s a day I’ll never forget.”

You’re still only 33, so if you had one chance to compete in a major racing event, what event would you choose?

And that is Toni Kelly’s story from her life in racing and beyond. If you want to follow Toni’s endeavours, her Twitter is @ToniKellyRally, and her website is toni-kelly.com