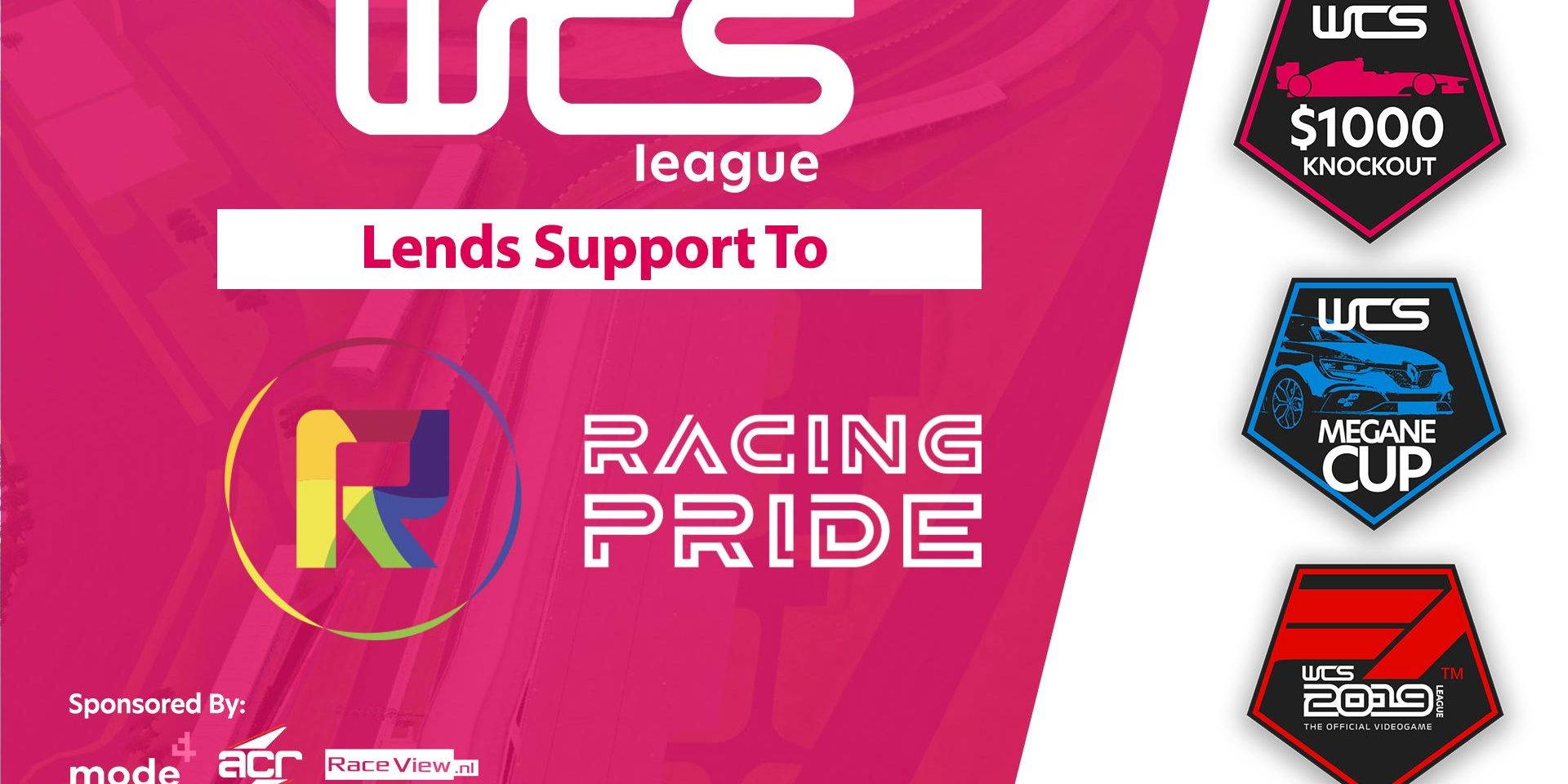 WCS League have become the first eSports sim racing series to give public support to Racing Pride and its mission to promote LGBTQ+ inclusivity through motorsport. WCS League organises a variety of sim racing series for gamers ranging from novice to expert levels of ability and has recently launched a 30-driver $1000 shoot-out competition. The Racing Pride logo will feature on all WCS League liveries across the range of series and platforms in which it operates.

Racing Pride aims to unite the whole of motorsport in all of its forms and we are excited to gain a foothold in the fast-growing area of sim racing. Sim racing cultivates direct engagement with fans and as such represents a valuable opportunity for Racing Pride to reach a wide audience in order to champion acceptance without exception.

“We are fully supportive of Racing Pride and its long-term goal to bring awareness to the positive achievements of LGBTQ+ members of the Motorsport community. We believe Esports Motorsport plays a big part in this as a direct contact with Motorsport fans and drivers. It is encouraging that already members of the LGBTQ+ community don’t feel that they have to hide their sexuality at WCS League and we are happy to play a part of helping show that this is an inclusive community where individuals can be themselves.”

You can find out more about WCS League at www.wcsleague.co.uk