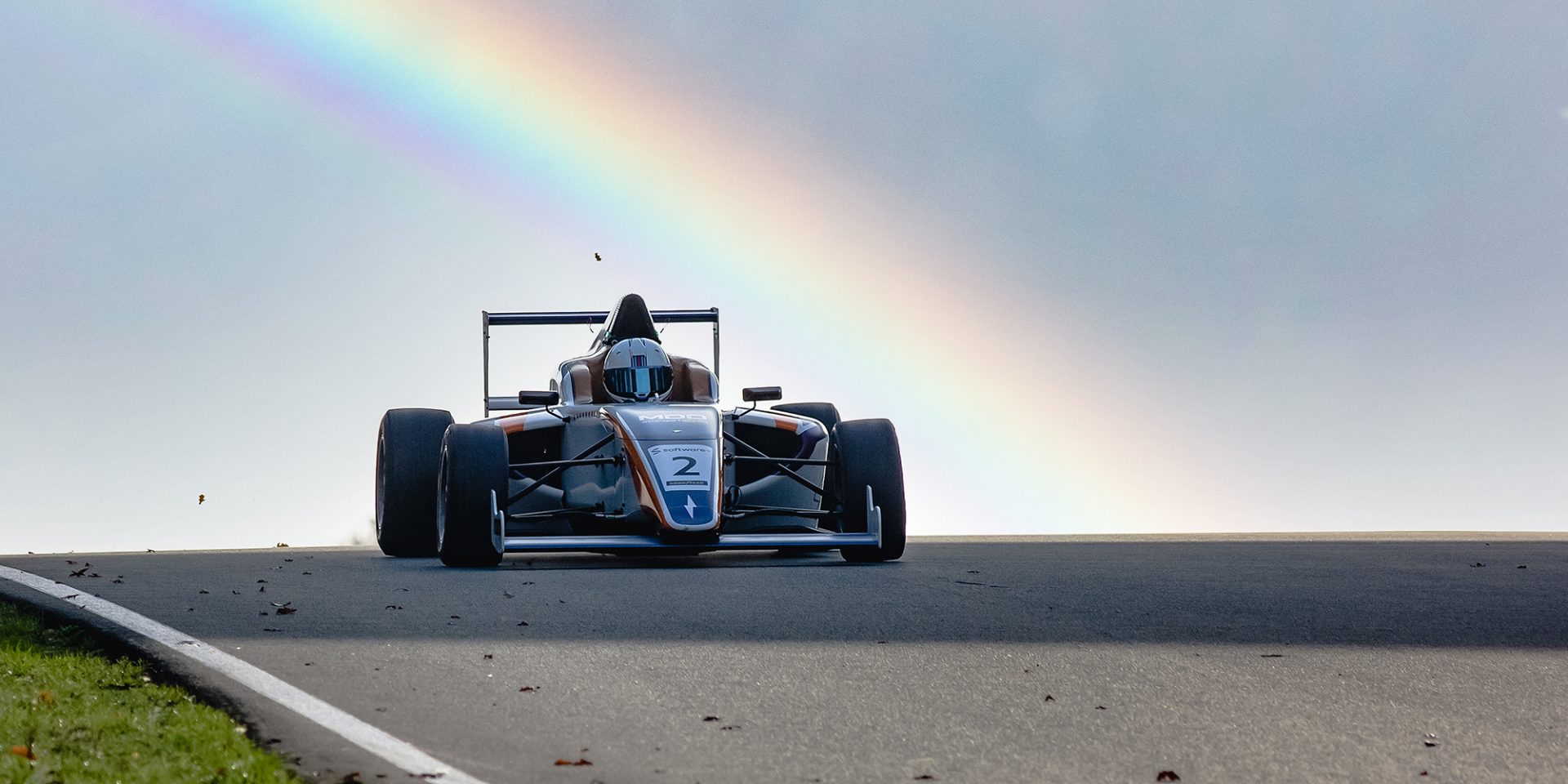 This autumn, Racing Pride and Software AG ERA Championship announced a groundbreaking scholarship for an LGBTQ+ driver to compete in these exciting, innovative, electric single-seater race cars. The scholarship is worth approximately 150,000 euros and the scholar will compete on the FIA eTouring Car World Cup package, with coverage from Eurosport.

Following a huge number of applications from many different countries, on 31st October Racing Pride invited six shortlisted candidates for an assessment day at Circuit Zolder, where they had their first experiences of the all-electric ERA single-seater car.

The assessment day was an incredibly empowering and inspiring day, where LGBTQ+ drivers from a range of different countries were able to come together and have the opportunity not just to test the cars but also to tell their own stories. The finalists were able to drive the cars in multiple sessions, and they were all very impressive on track, each of them showing a fantastic ability to adapt quickly as they got a feel for the new technology around Circuit Zolder. 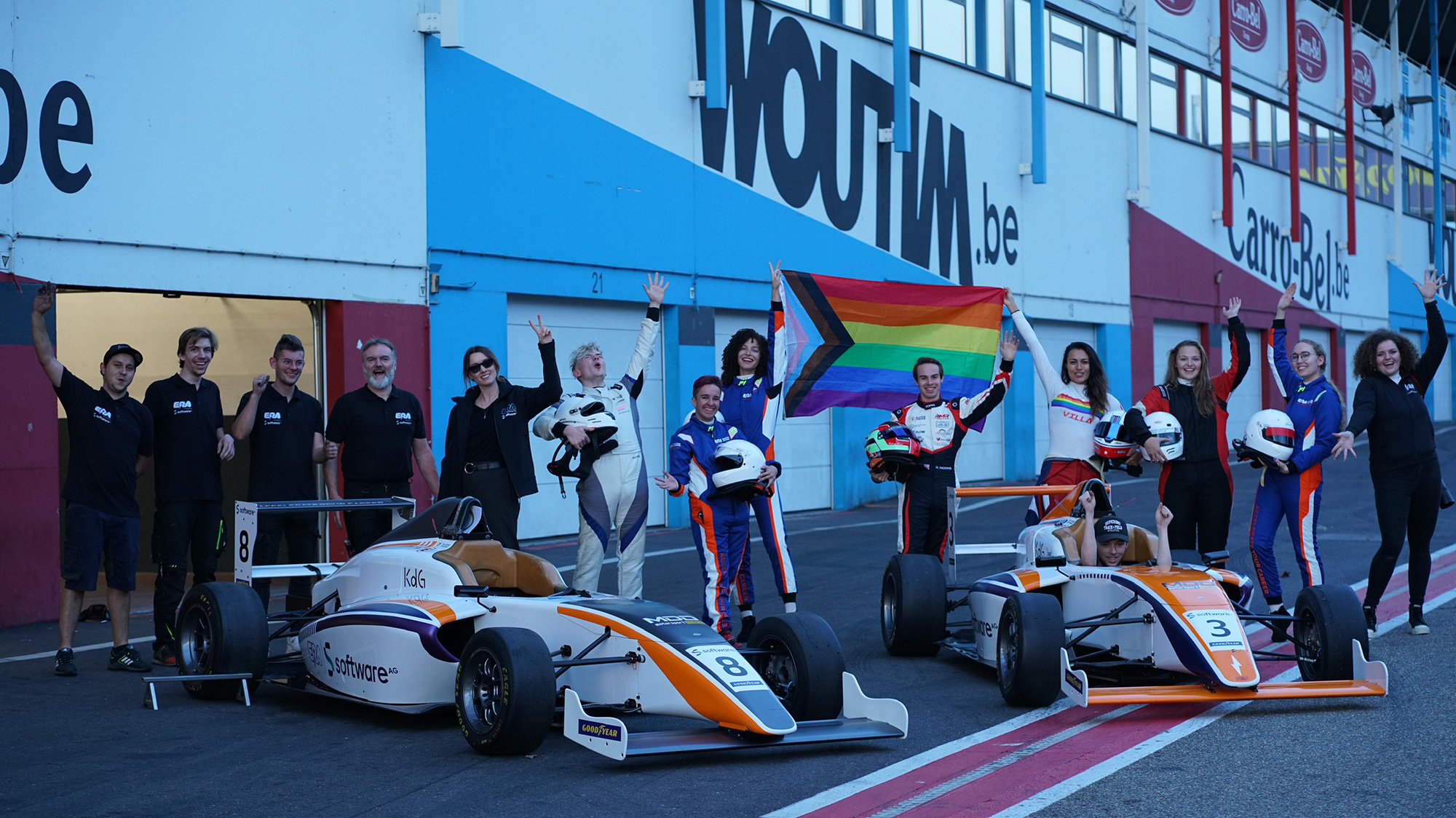 The candidates were assessed across a huge range of skills, and the day was varied.

Alongside the track sessions, drivers made use of the simulator, carried out media work, and were interviewed about their current position in racing as well as their future aspirations.

Beth Georgiou, co-founder of the ERA championship, said: “We are so proud to be working with Racing Pride to give a driver the opportunity to compete in the Software AG ERA Championship Series Europe 2023. We believe that by creating different pathways of entry into our championship, we can empower anyone to pursue a career in motorsport and feel welcomed into our paddock. By giving this scholarship, we hope to enable a talented driver to kick-start their career. As the world’s first electric entry-level series, we are in a unique position to help shape the future of our sport. We believe that both sustainability and inclusion are fundamental to that future.”

After lots of consideration, Racing Pride and ERA have selected a winner, who will receive a scholarship worth approximately 150,000 euros. The scholarship will go to Emilie Villa!

Having fallen in love with racing at a young age, Emilie has taken that passion and turned it into her own racing career. Motivated and hard-working, Emilie has already raced at France’s top racetracks in an Aston Martin Vantage GT4 and has previously tested in single seater cars. Emilie has been very open about representing the LGBTQ+ community and wants to use her platform to break down stereotypes. 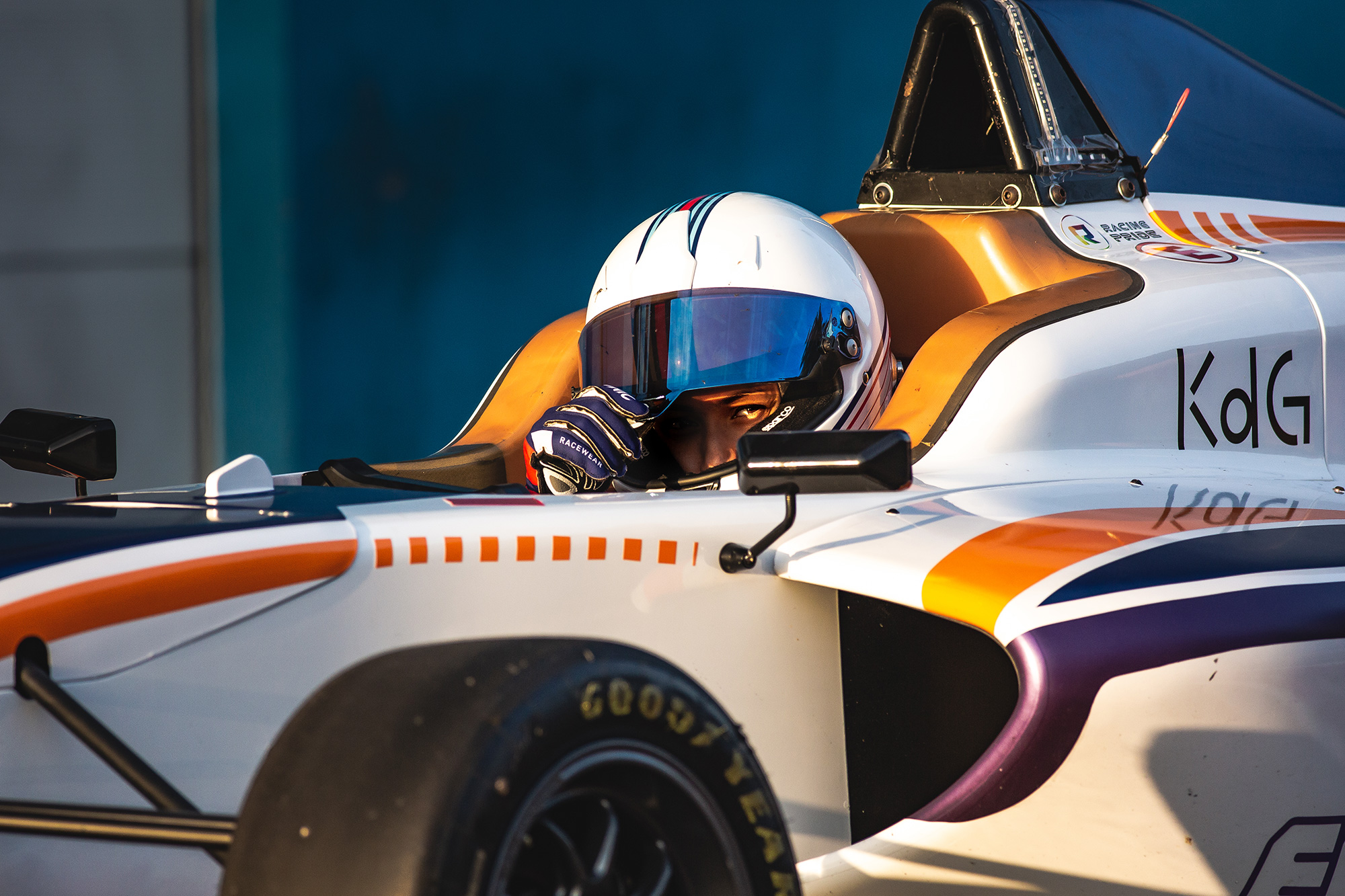 On announcing Emilie as the scholarship winner, Beth Georgiou continued: “We are so pleased to announce Emilie Villa as the Racing Pride scholarship winner for the Software AG ERA Championship Series Europe 2023. Emilie brings immense talent and determination to our grid, and is a passionate voice for LGBTQ+ inclusion in motorsport. We are excited to launch her electric racing career and look forward to working together over the next year.”

Richard Morris, Racing Pride co-founder and driver ambassador agreed, adding: “Emilie was hugely impressive throughout the entire assessment day process. She was charismatic and clearly communicated why she cares deeply about representing the LGBTQ+ community both on and off track, as well as where racing in the ERA Championship would fit in her career alongside her GT4 programme with Aston Martin. In terms of her on track performance, Emilie gave good, solid feedback to the mechanics, as well as taking on board the feedback the mechanics gave back to her.”

Racing Pride will not forget about the remaining finalists, either.

Richard Morris said: “At the beginning of the assessment day, I said that we wouldn’t forget about any of the drivers who were there. They are all special to Racing Pride, and we believe in every one of them. We will very much follow through with that, and stay in touch with all of the finalists as they develop their careers, and help them where we can. That’s reflected in the fact that we haven’t just chosen one scholar, we’ve also chosen a season-travelling reserve driver who will take part in pre-season testing and attend each of the championship rounds, with the opportunity to step into the car wherever it arises.”

Beth Georgiou announces the reserve driver role: “Luke Pullen will also be joining ERA as a reserve driver, bringing a wealth of skills and an incredibly positive attitude to the paddock.”

Currently competing in the BRSCC Mazda MX5 Championship, Luke Pullen is passionate and proud to be representing #LGBTQ+ people in motorsport, and making it clear that everyone is welcome. Luke firmly believes motorsport can be a catalyst for a lot of future technologies in everyday life, and as both road and racing cars are making the switch to electric, Luke wants to be part of that change.

Richard added: “Luke spoke passionately during his interview about why Racing Pride means so much to him, and why having visibility and representation is crucially important to young LGBTQ+ people. In terms of his on track performance, this was a very new type of car for Luke to drive, and a big adaptation for him, but he showed his raw talent and ability, and by the end of the track running, he was putting in very impressive lap times. That, combined with the potential he’s shown in past series, convinced us we had to create an opportunity to further his involvement with the series across the course of this season.” 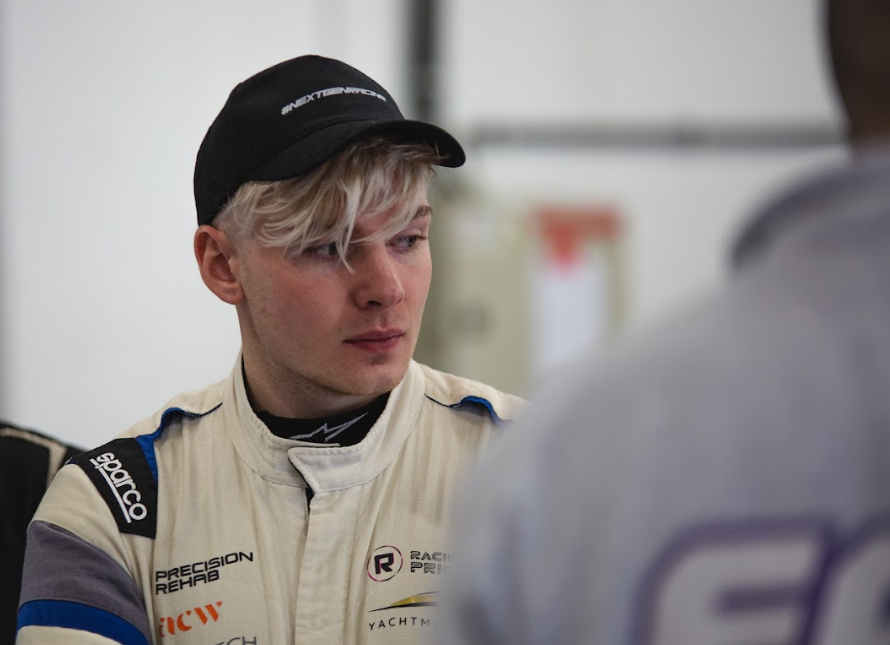 Beth Georgiou is pleased to have both Emilie and Luke as part of the ERA championship, concluding that “Emilie and Luke are fantastic ambassadors for both Racing Pride and ERA, and will truly be capable of inspiring the community, as well as future generations of racing drivers and motorsport fans.”

Emilie Villa will undertake pre-season testing at Zolder and compete in all 2023 Championship rounds. Luke Pullen will also take part in pre-season testing, and will be present at the race events for the 2023 season, becoming the first replacement should a race seat be available.